When I started thinking about what to include in this post, I realized that mixing old and new is actually not super complicated, yet, it still is a loaded topic to cover.

Side note –  I asked what you wanted to learn about this topic on IG and most of the responses was in regard to mixing wood tones! So that post is definitely coming soon.

What exactly is old and new?

I think this could mean something different depending on who you ask, but to me, it means juxtaposing modern (new) elements and traditional (old) elements.

Modern meaning clean/sharp lines, warm neutrals, any use of metal, steel, plastic, or glass, and has a light/airy/open feel. Traditional meaning anything you would find in your grandma’s basement (sans plastic-covered sofa).

How you mix new and old is entirely dependent on your style. But since you’re here, you’re committed – let’s dive a little deeper. 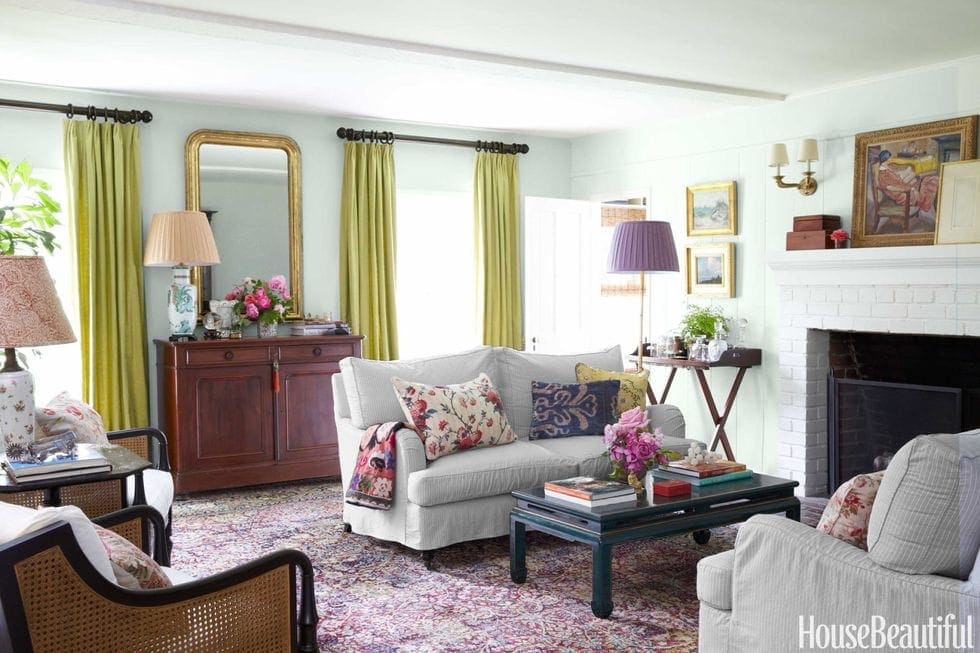 HOW I WOULD PERSONALLY MODERNIZE THIS ROOM:

(note that I love this room as-is)… 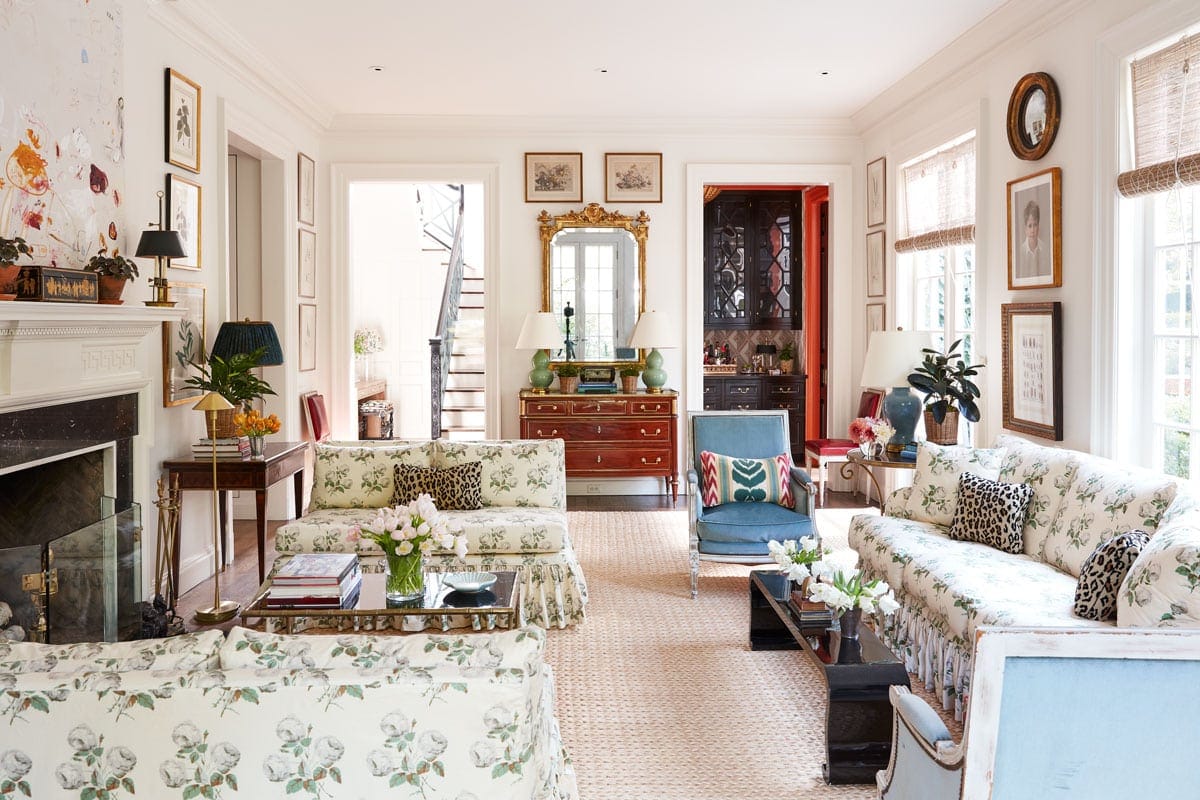 I could look at this room all day. The abundant skirted Bowood sofas, Bergere chairs, classic prints on the pillows, the french commode, and vintage art & mirrors – that’s all classic, traditional style. Nothing about this room is really modern, except that it’s open concept, light, and bright (there’s a coffee table with a mirrored top that I can’t really see, and that feels modern).

EXAMPLES OF ROOMS THAT ARE PERFECTLY JUXTAPOSED WITH OLD AND NEW 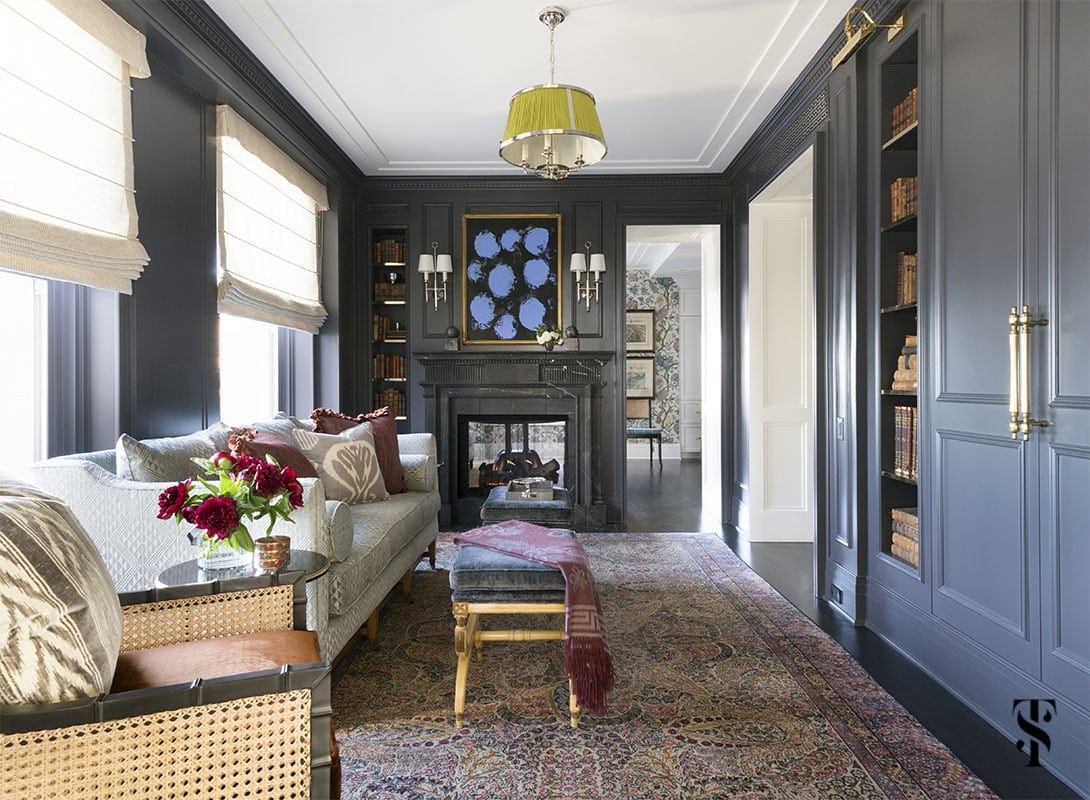 One of my favorite rooms ever by one of my favorite designers – Summer Thornton. She’s a master at mixing modern and traditional. Notice the modern pendant light and sconces, modern art above the fireplace, the clean lines, and modern fabric on the sofa. The panel molding, vintage Karastan rug, antique books, cane chairs (with a modern black/metal touch), the footstool, and the fringe on the pillows are erring traditional. 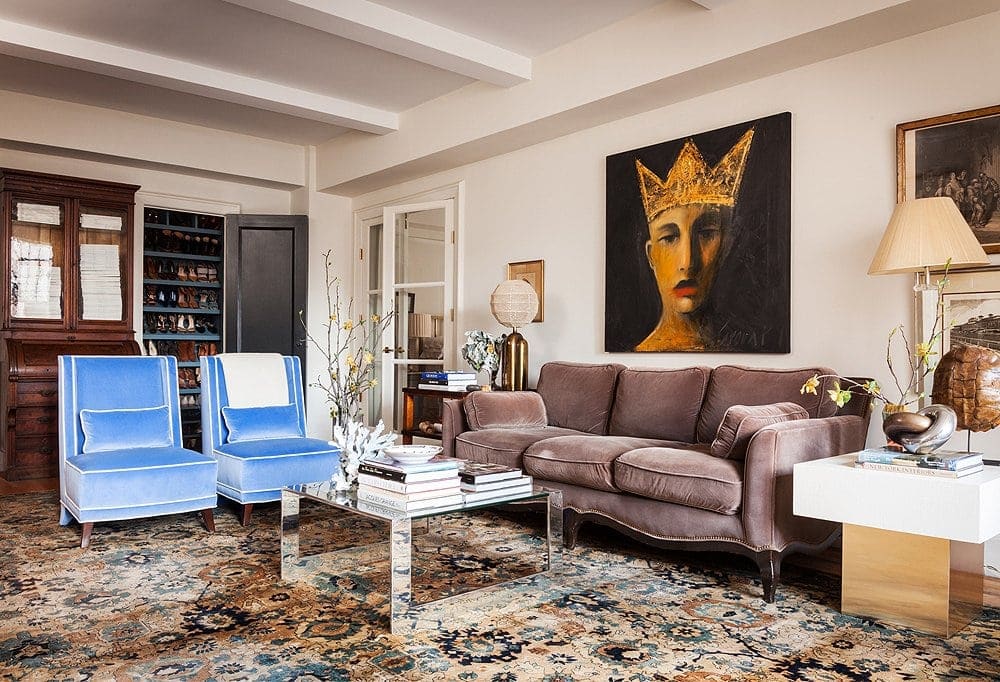 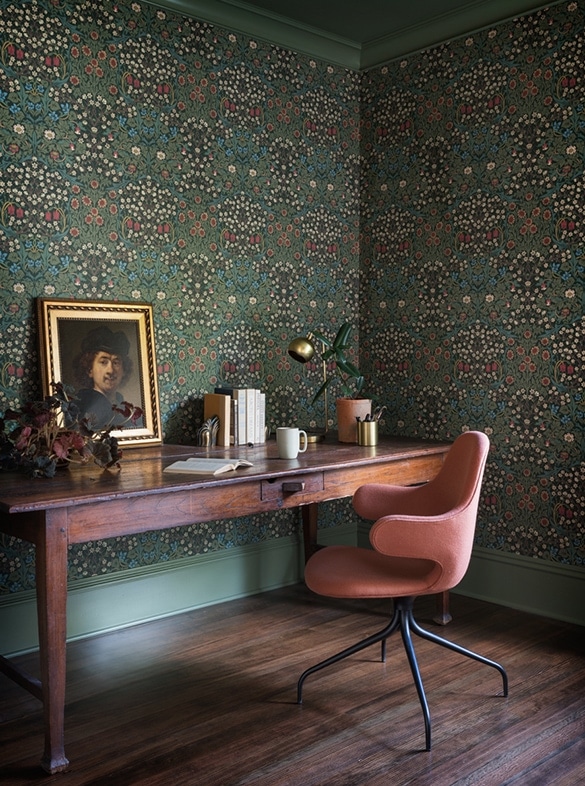 A modern chair & lamp is in contrast with the old desk & portrait makes this corner perfectly splendid. 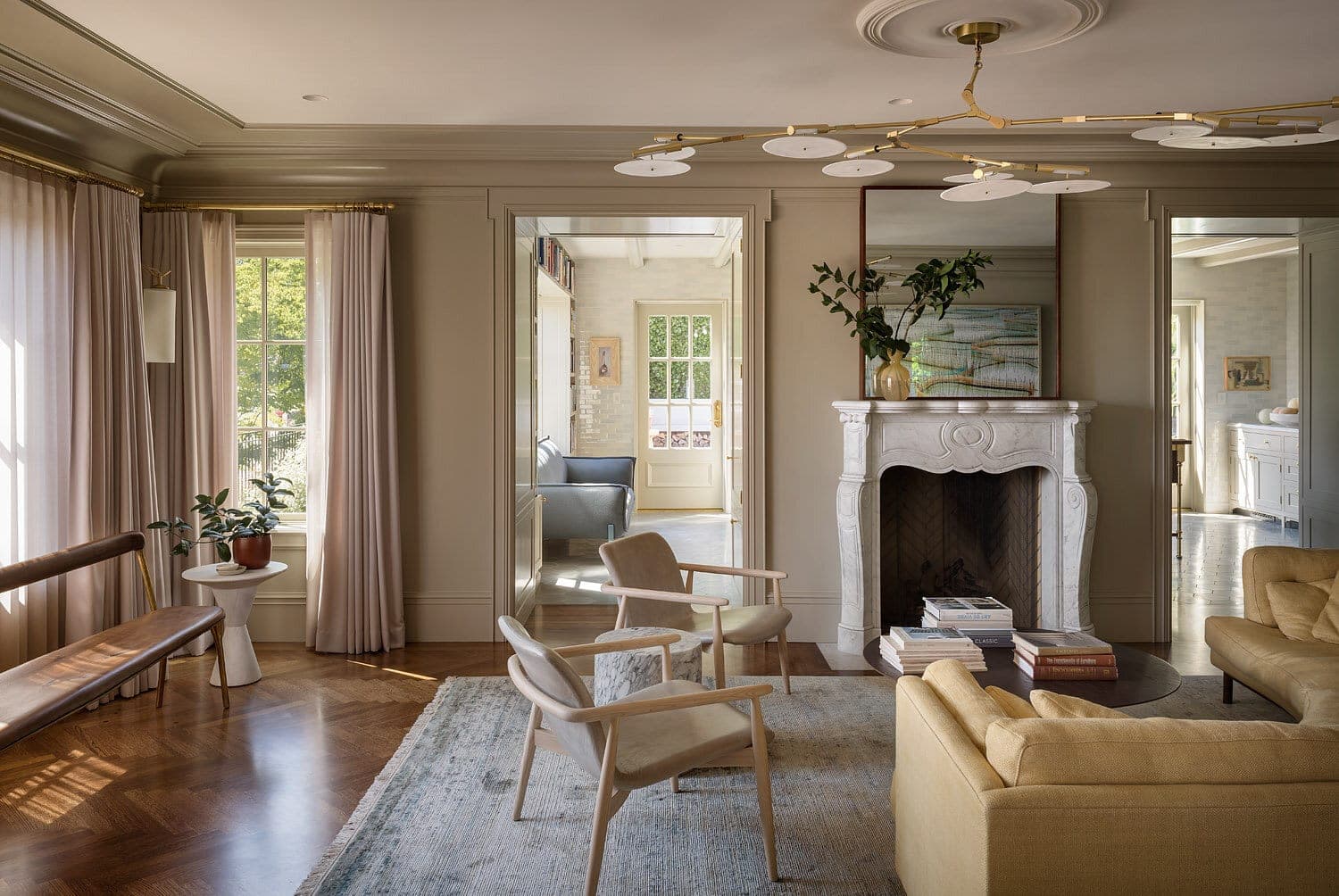 This room is a whole nother level of mixing old and new. It’s a classic 1920’s home with traditional architectural elements, but all of the furniture and decor is modern.

A few more of my favorites… 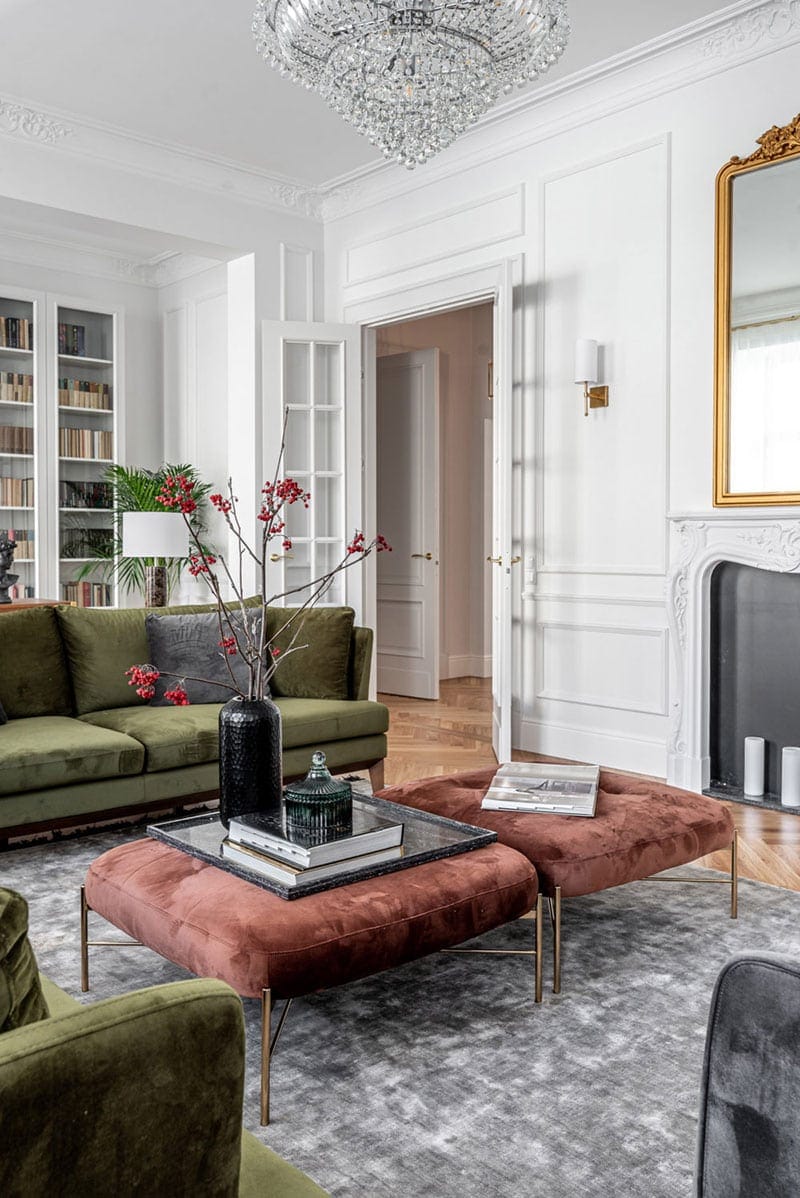 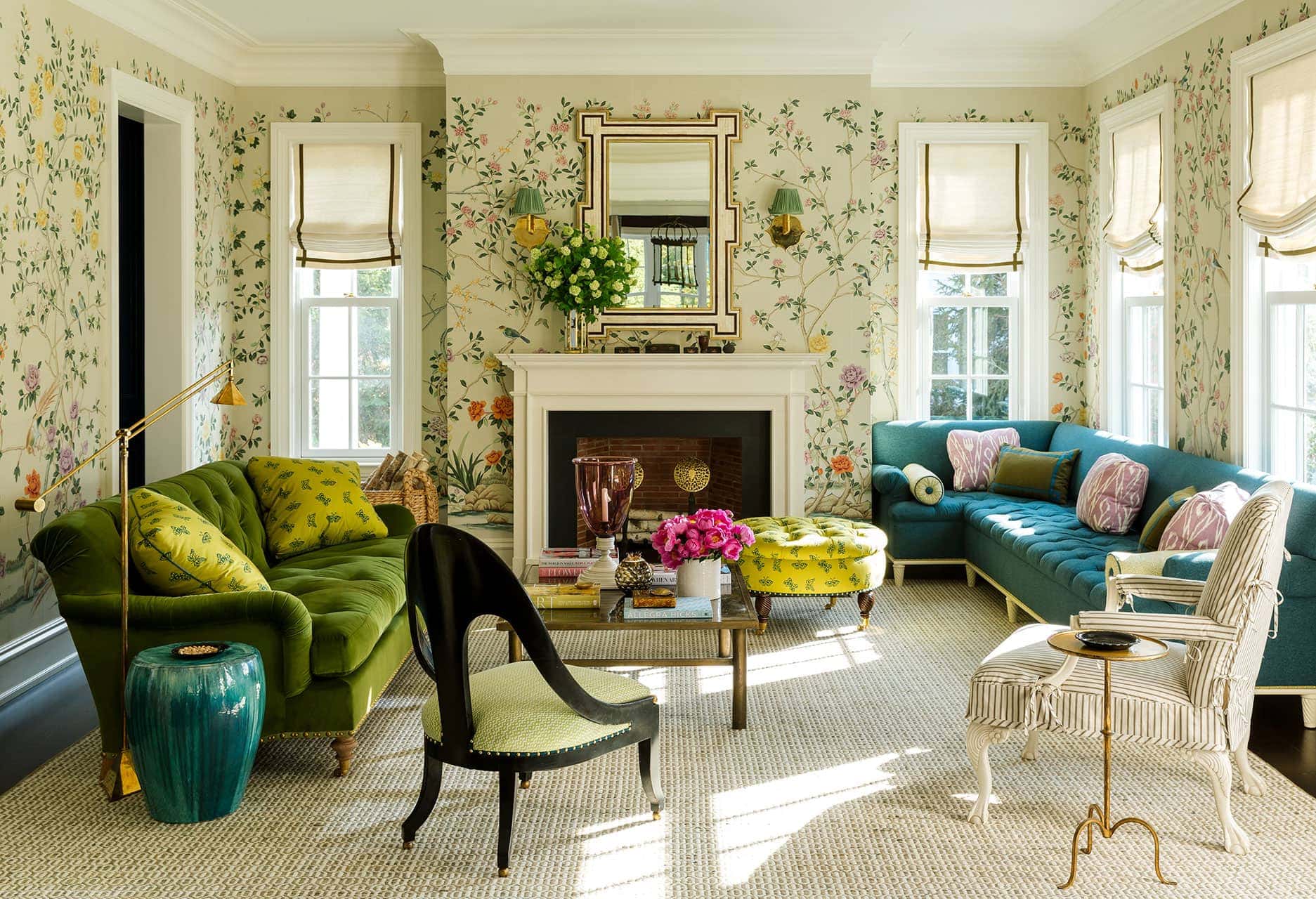 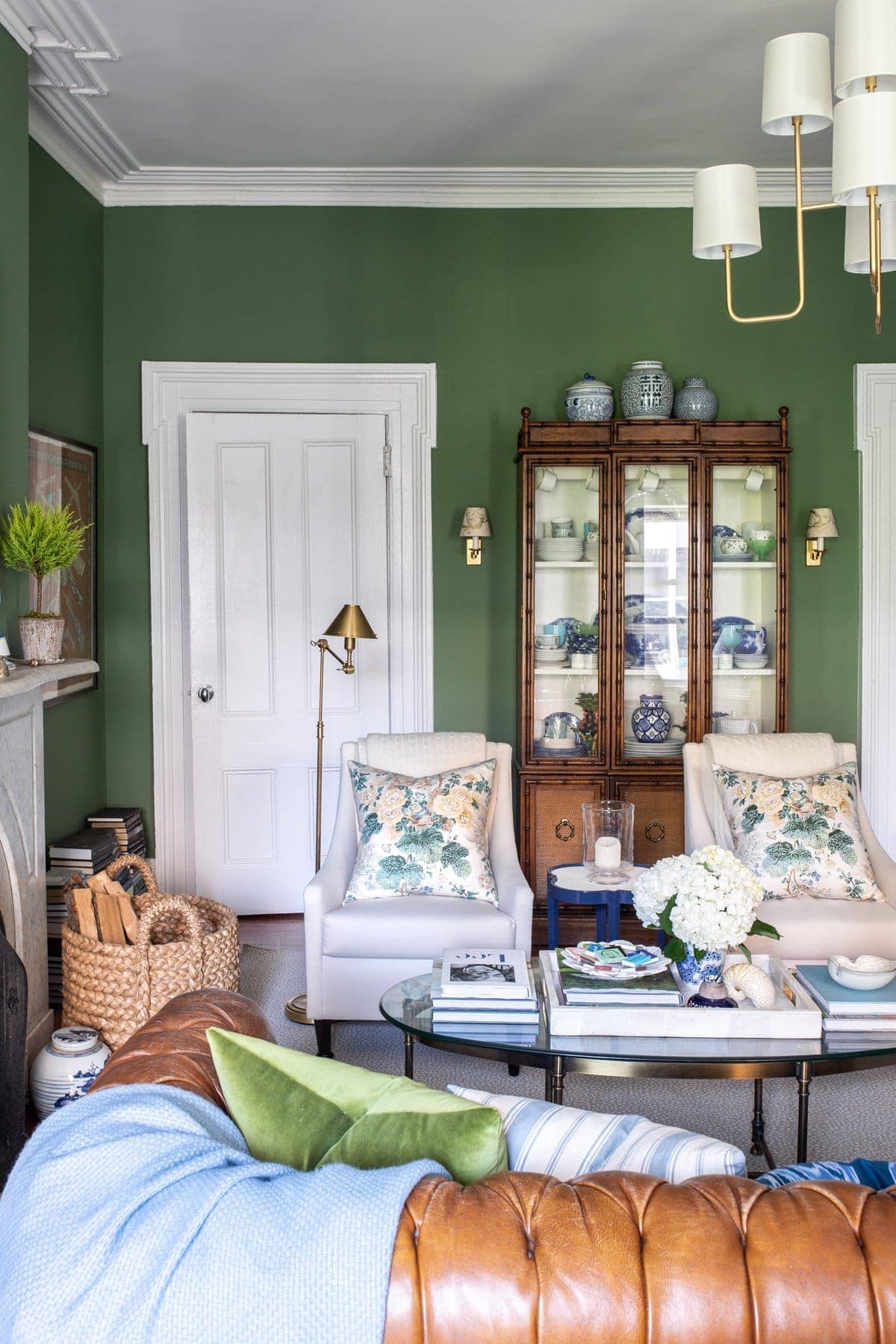 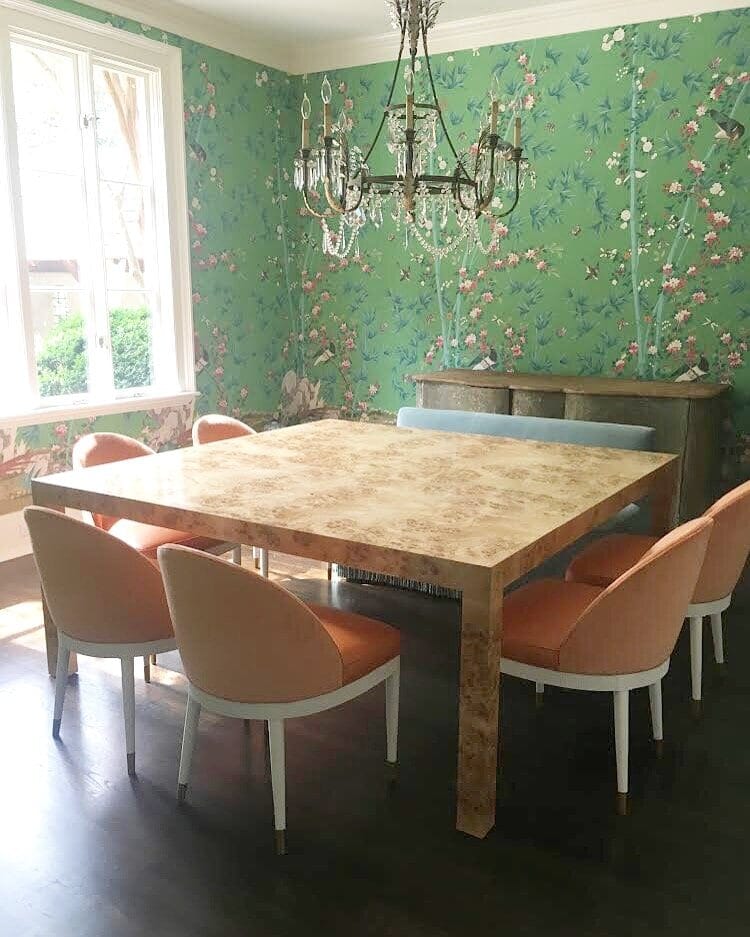 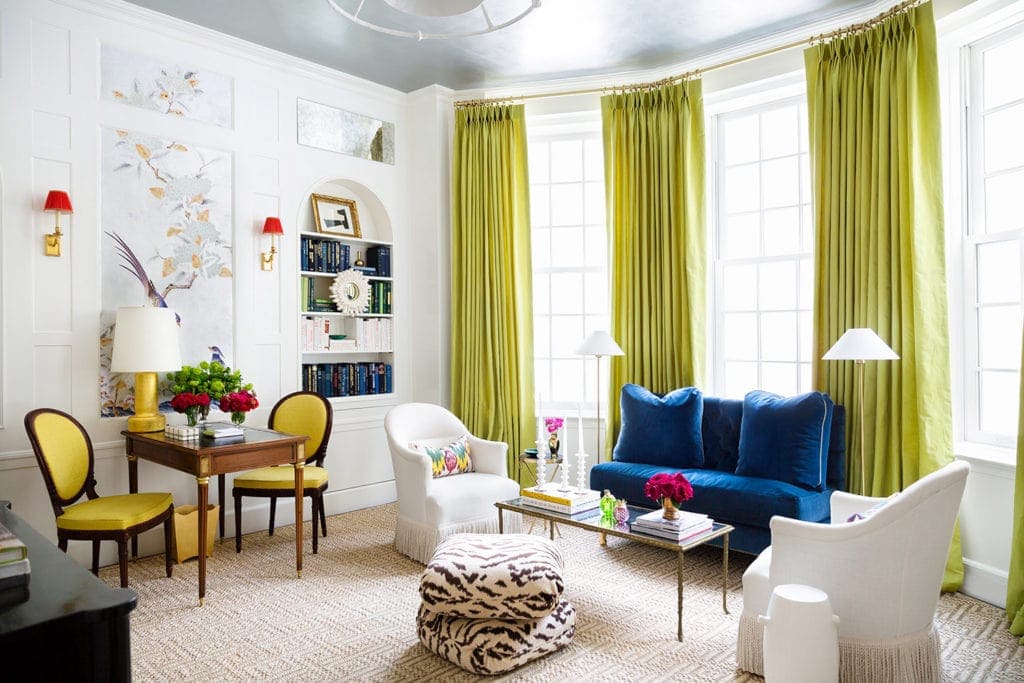 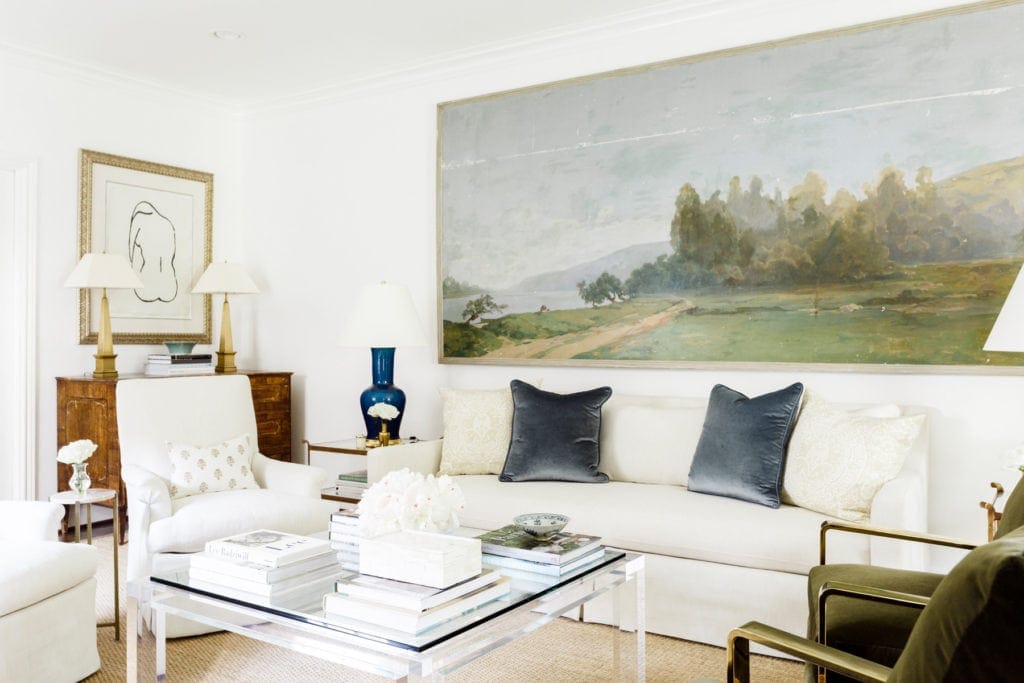 When it comes to mixing old and new, there really is no formula. No perfect ratio for mixing.

I do think there are two ways to make a big impact when mixing old and new, and that’s with modern lighting and modern tables (when tables are the center of a room – i.e. a coffee table or dining table).

In a predominantly traditional living room, a modern coffee table will work most of the time, no matter the seating situation or what the rest of the room looks like. The same idea can be applied in a dining room; a modern dining table with traditional chairs.

Lighting is another very simple yet impactful way to throw modern in a mostly traditional room. I’ll use my office as an example, which is very traditional. 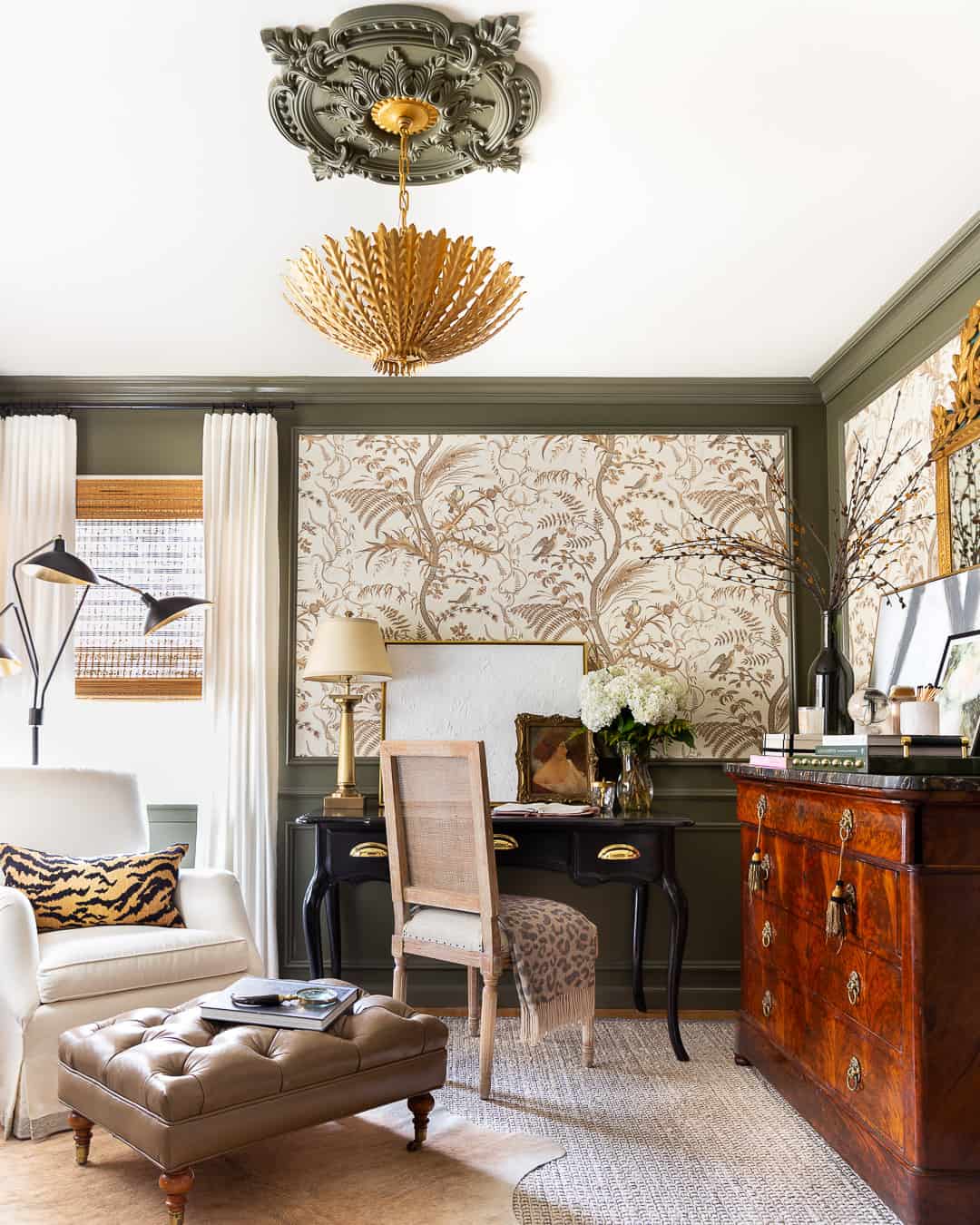 See that modern floor lamp on the left? If I had included, say, a classic library lamp there, this room would have felt 100% traditional. But that towering floor lamp tilted the scale towards ~90% traditional.

Another example, our bedroom: 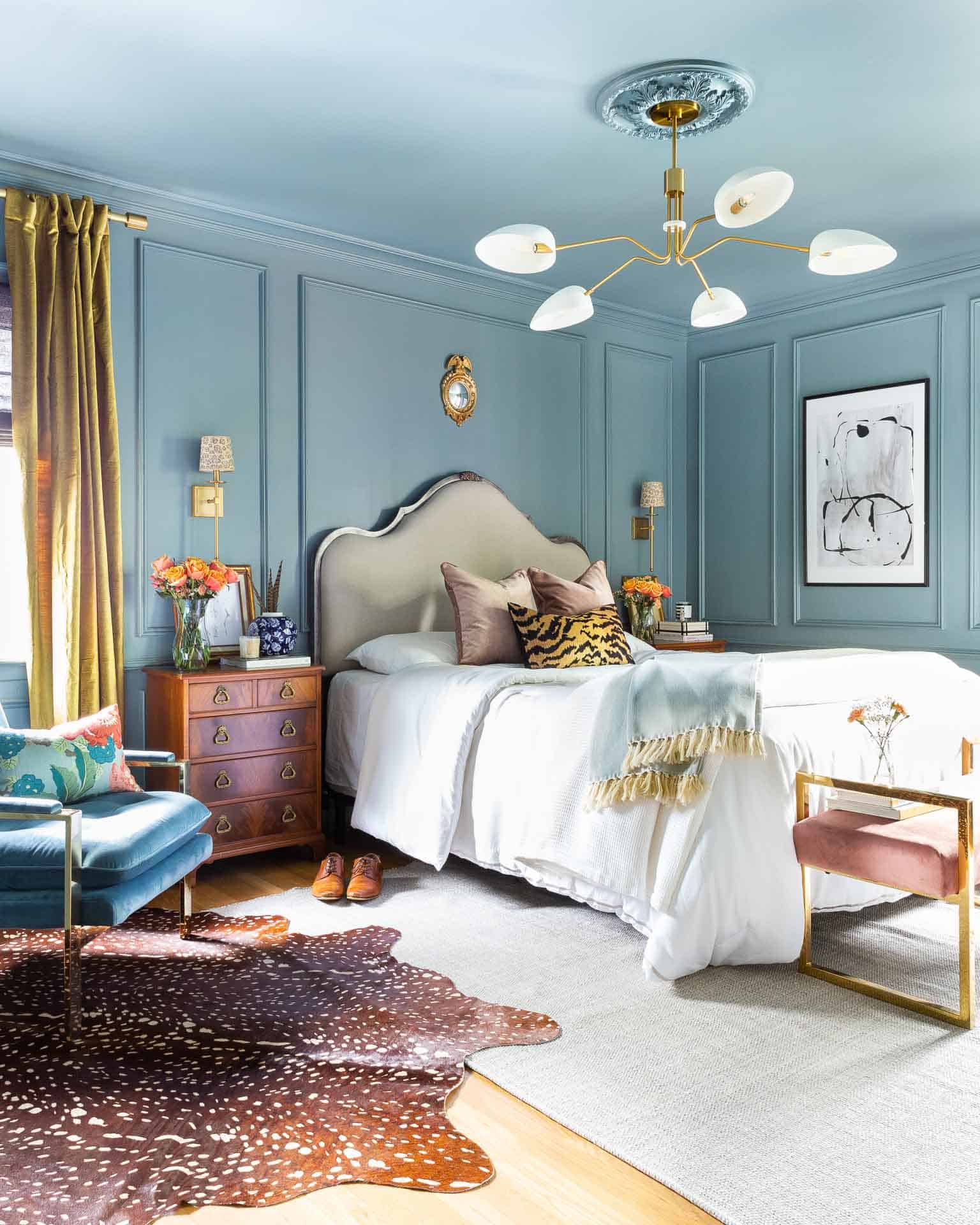 The light fixture and sconces punctuated a predominantly traditional room and made it feel more modern. A few more modern details include the sharp, metal lines on the chair + bench plus modern art.

I’d also like to address a repetitive question I was asked via IG: which items do I prefer to buy old (secondhand) vs. new?

It really depends on the room and my needs, but I think the #1 thing I will probably never buy new again are sofas and chairs. The quality of upholstered goods nowadays is so incredibly cheap, and anything of quality that’s modern is $$$$. Plus, you can actually live your life with secondhand sofas and chairs – there’s way less frustration and guilt if you spill some coffee on an old sofa than a new one that you spent $$$ on.

And my most commonly searched modern items are lighting and coffee tables (I gave up on my modern burl coffee table search, so I’m making one now. Are you following via my stories)? 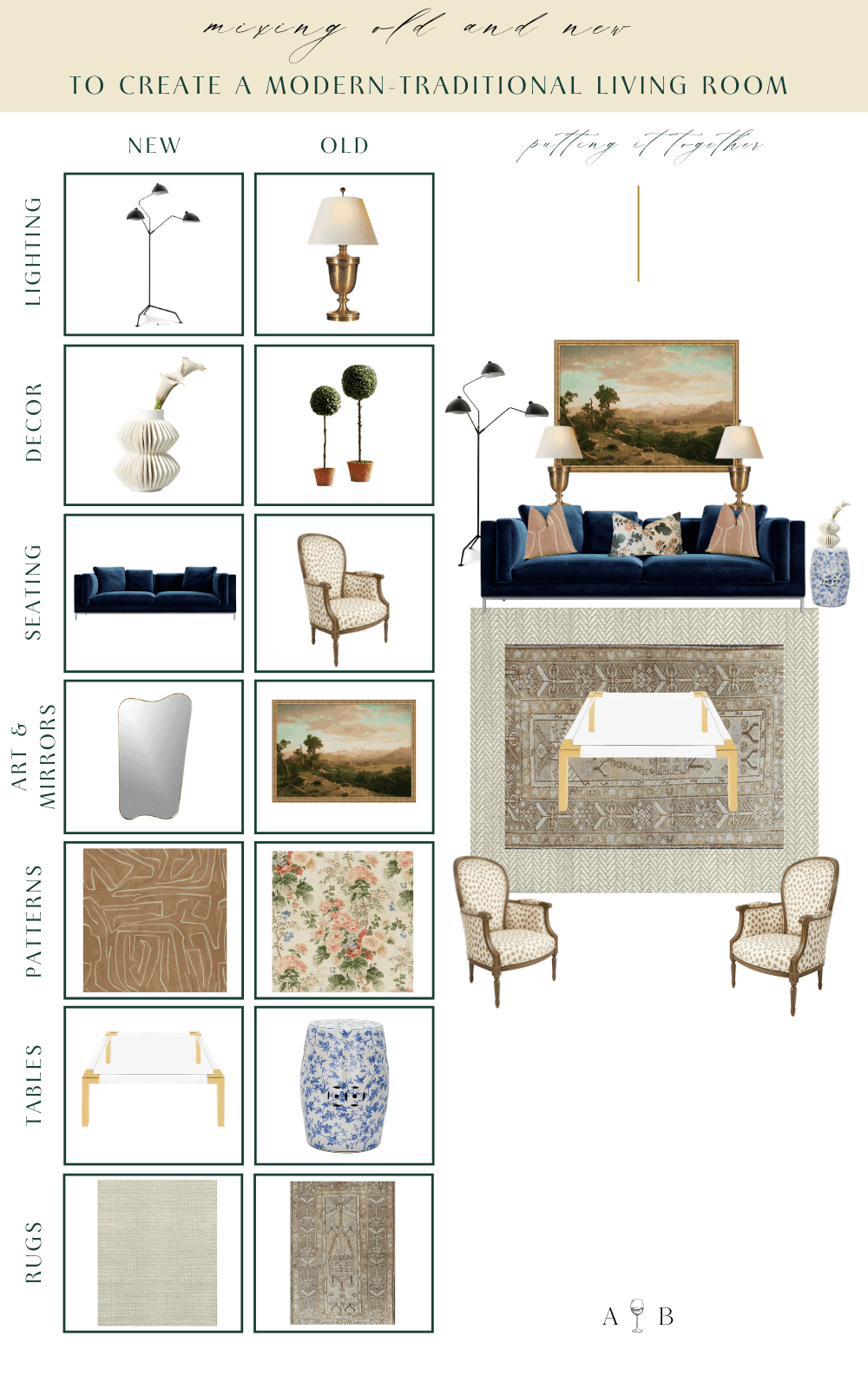 How do you mix old and new? 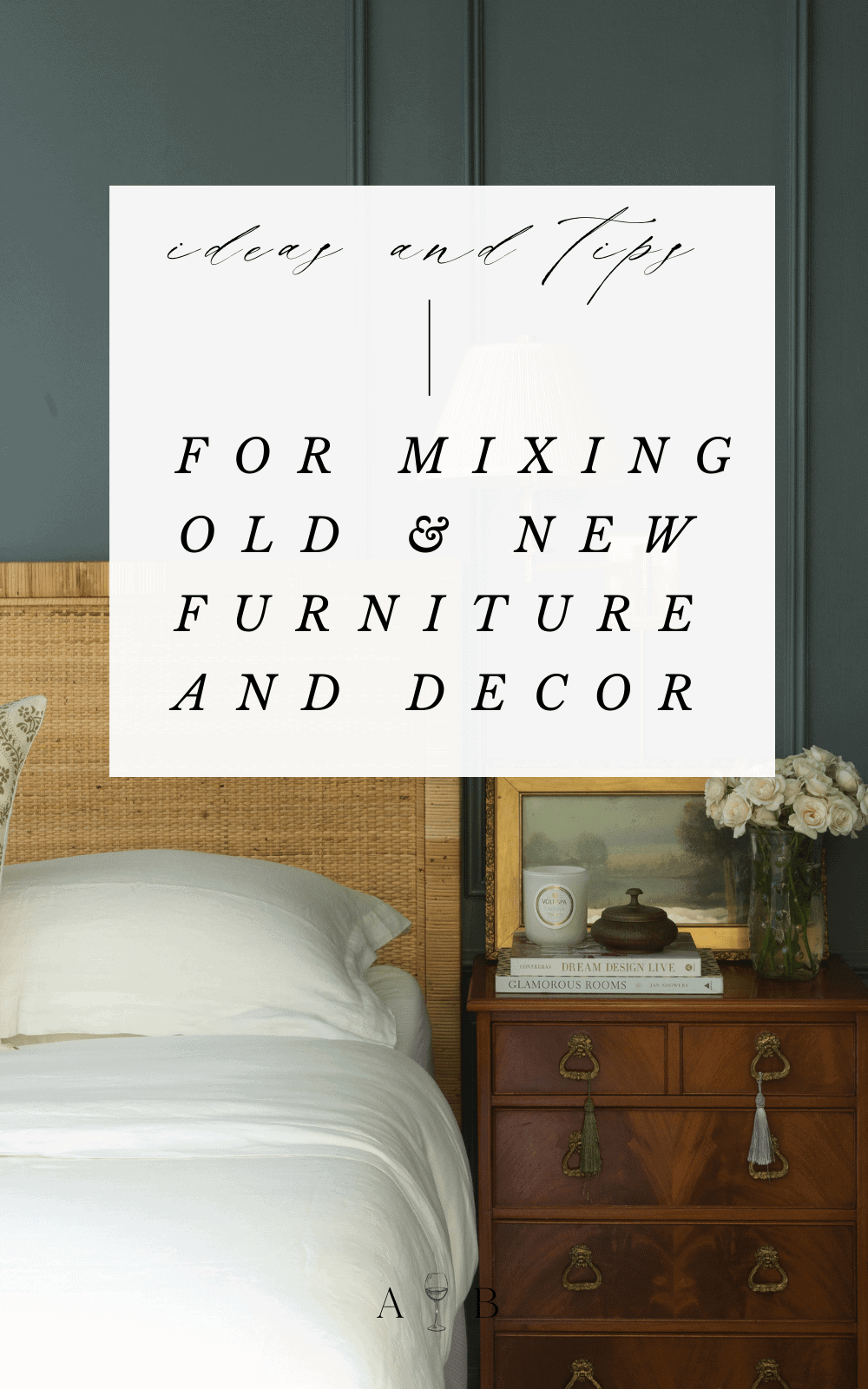 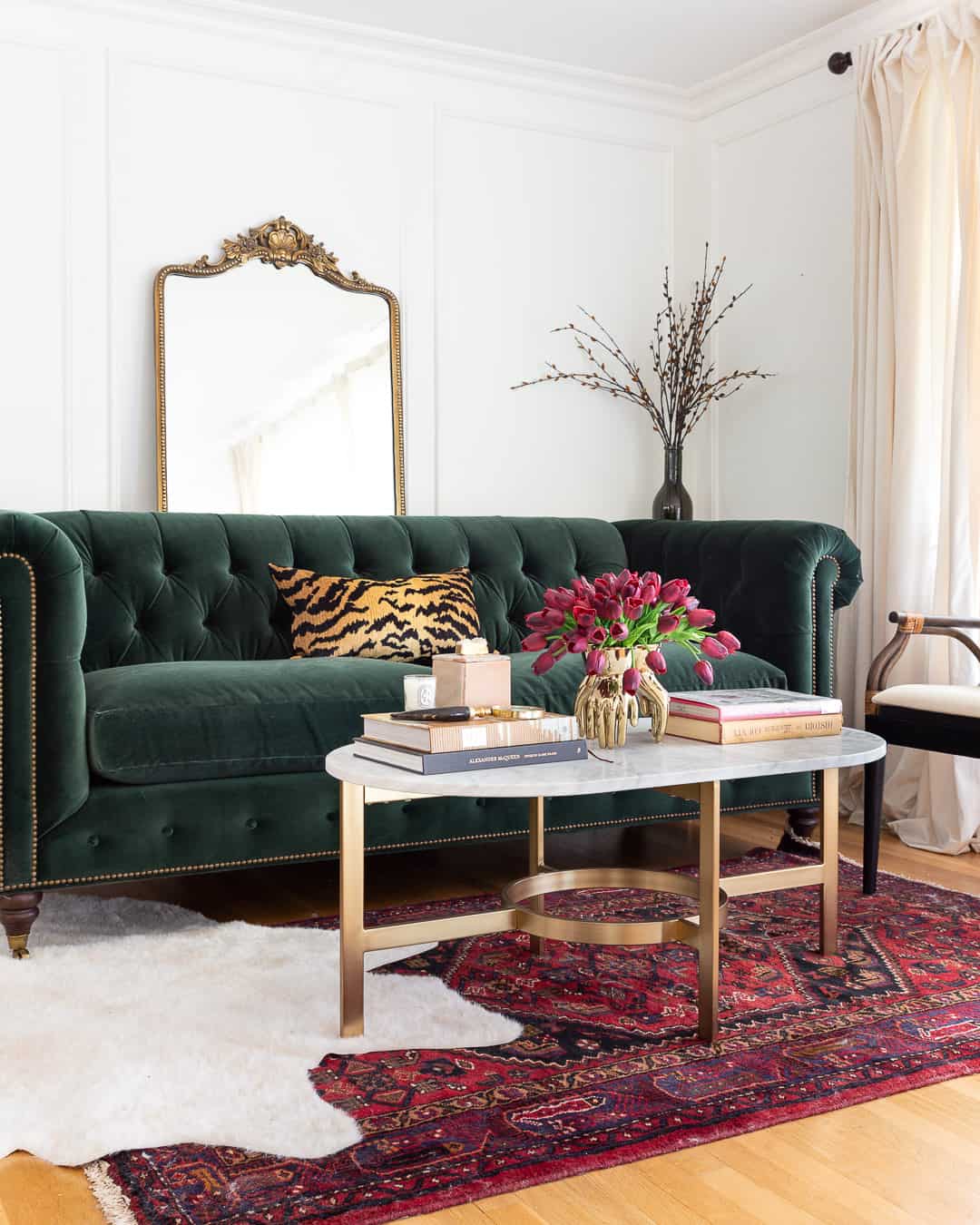 All About Molding: The Guaranteed Way to Create a Drop-Dead-Gorgeous Room 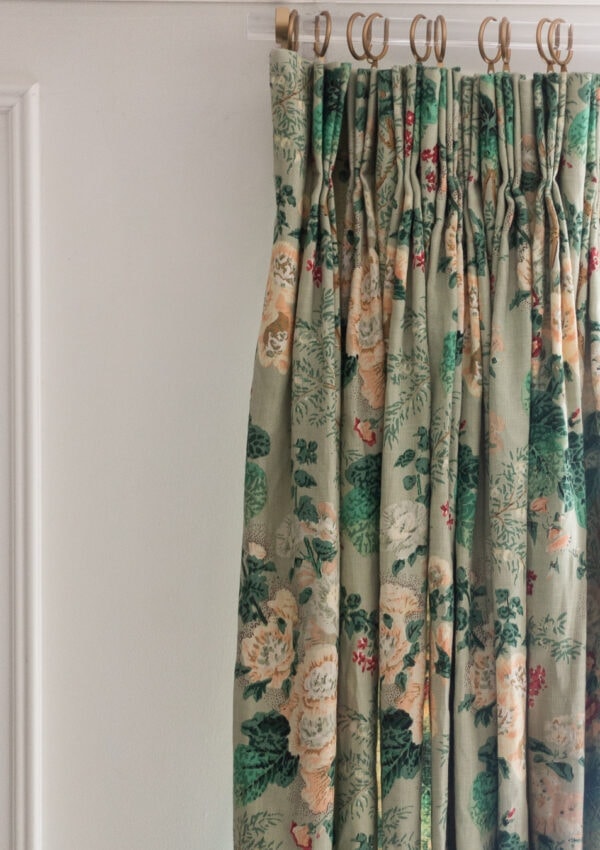 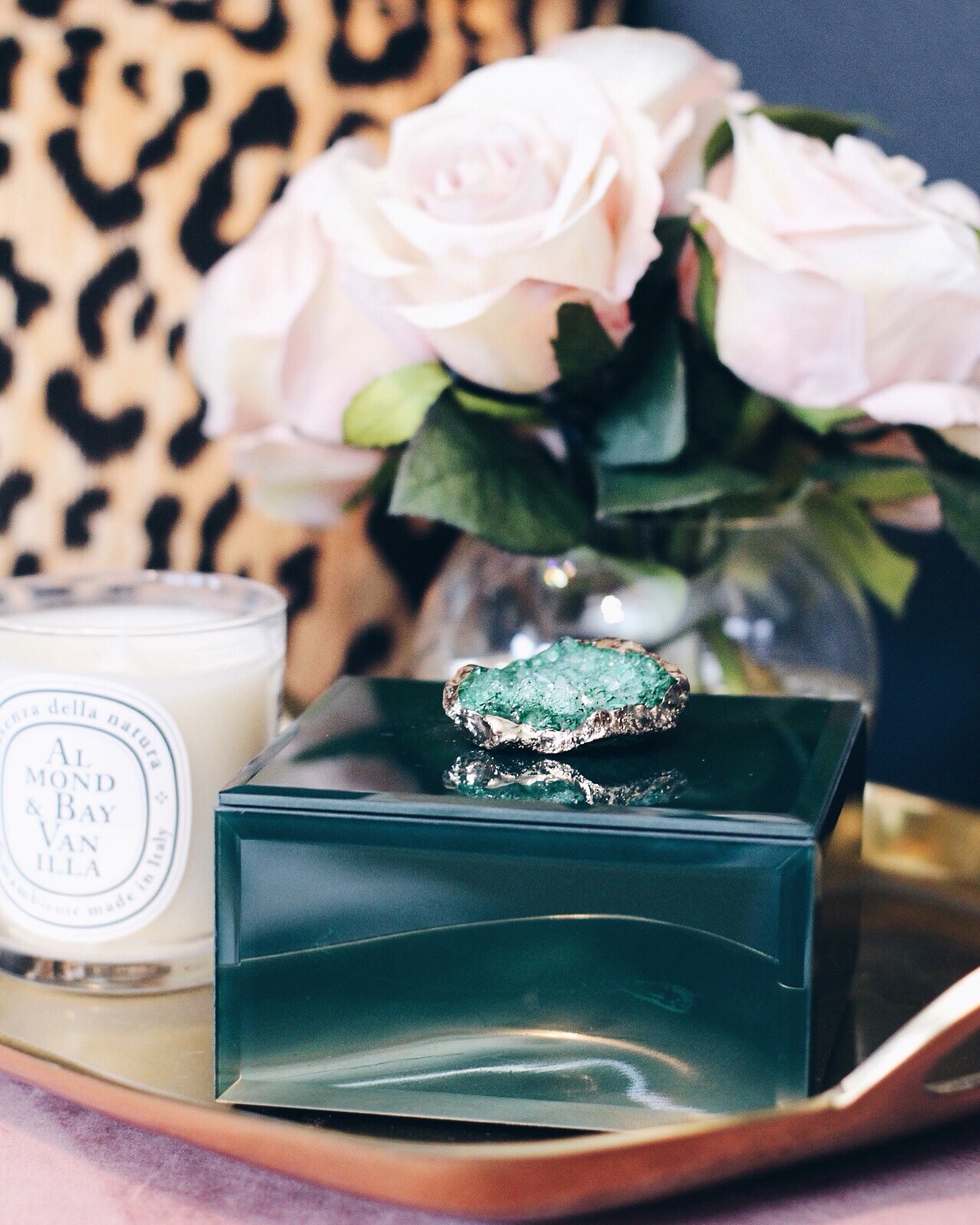 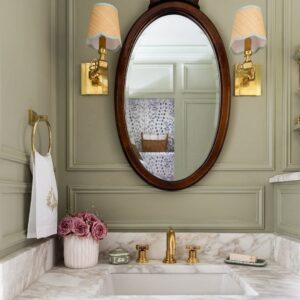 11 THINGS TO CONSIDER BEFORE BUYING A HOUSE 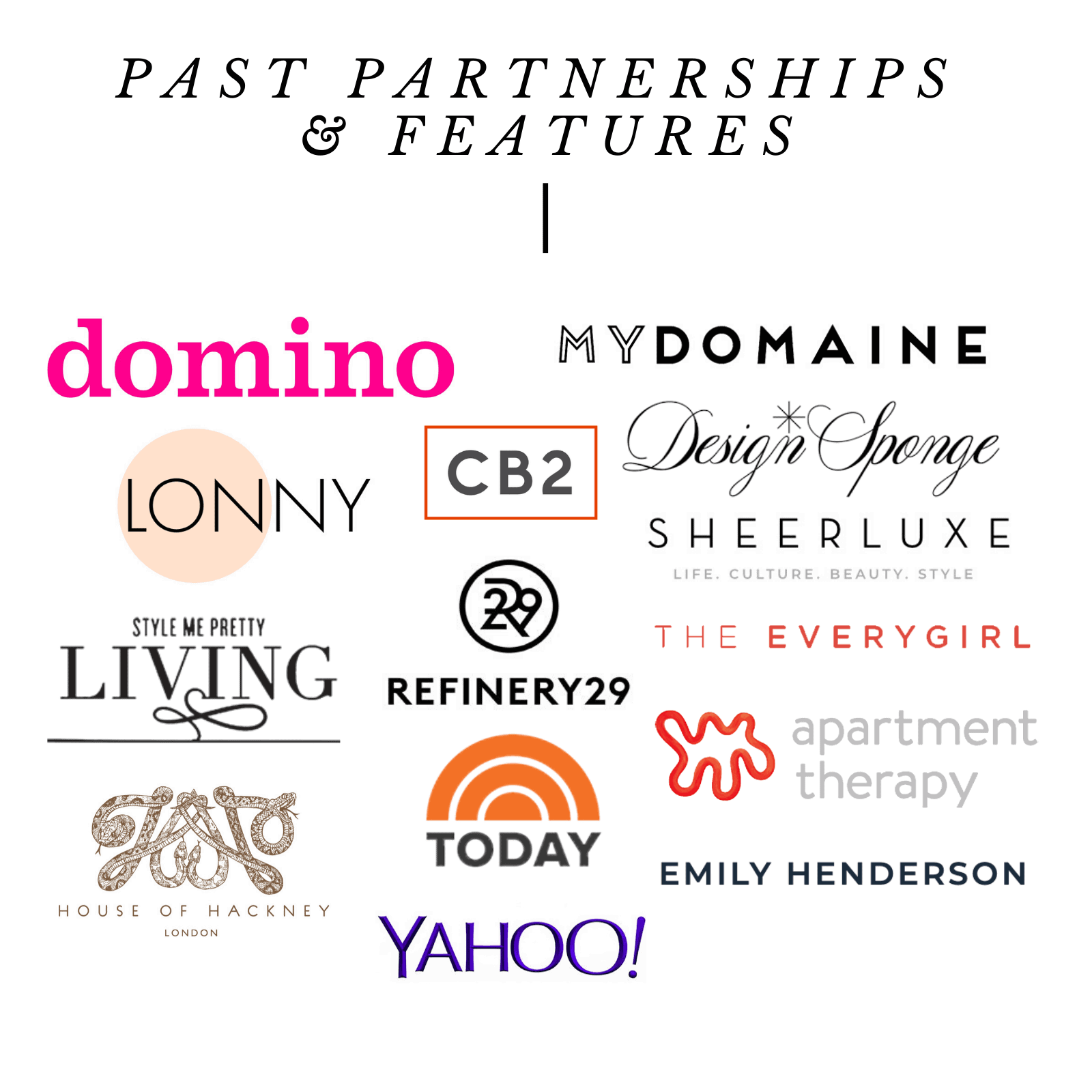 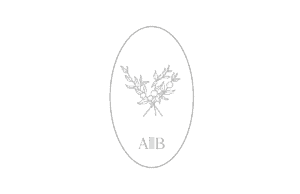