We accomplished quite a bit this week. Angelo removed my favorite chandelier while I watched and wept 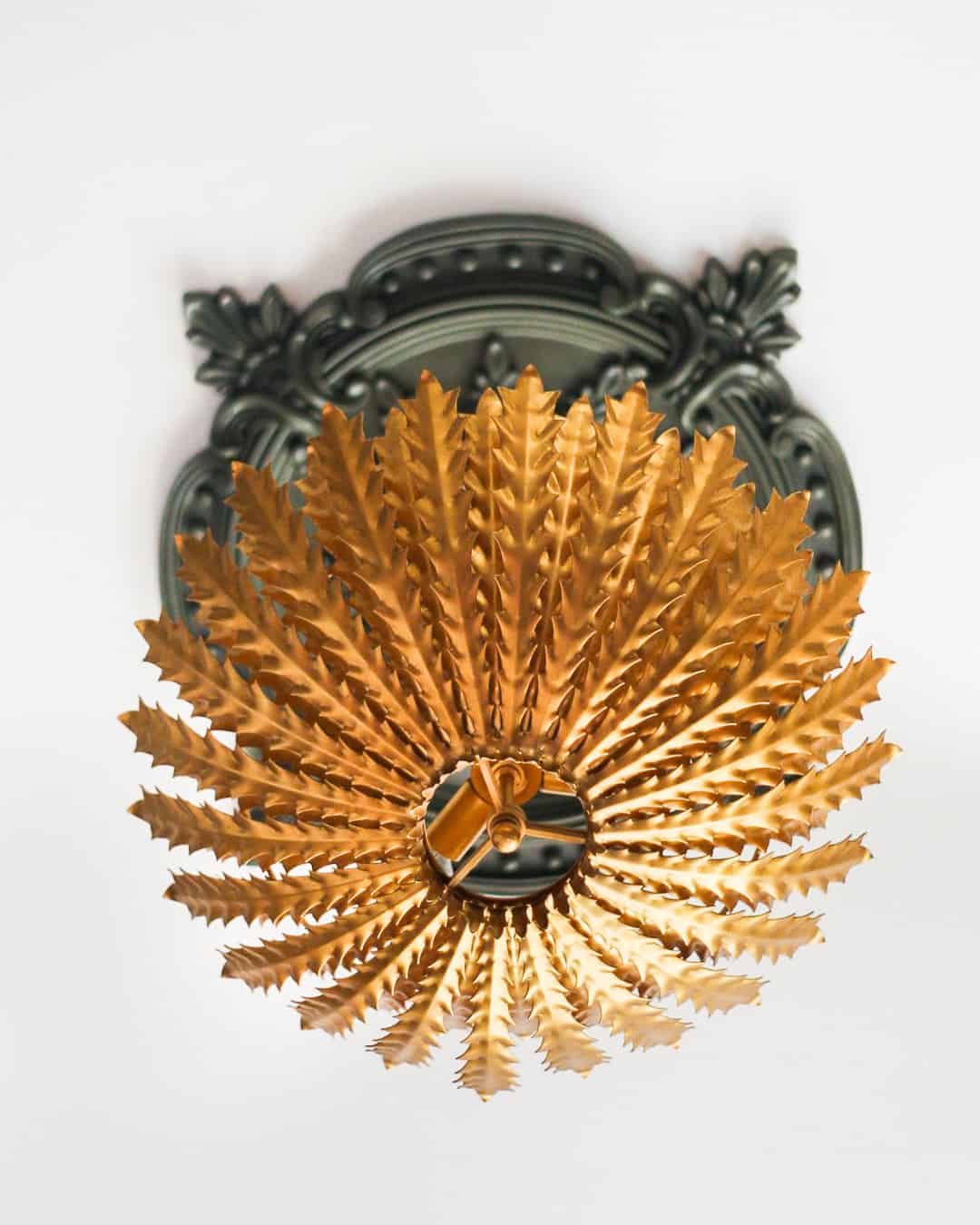 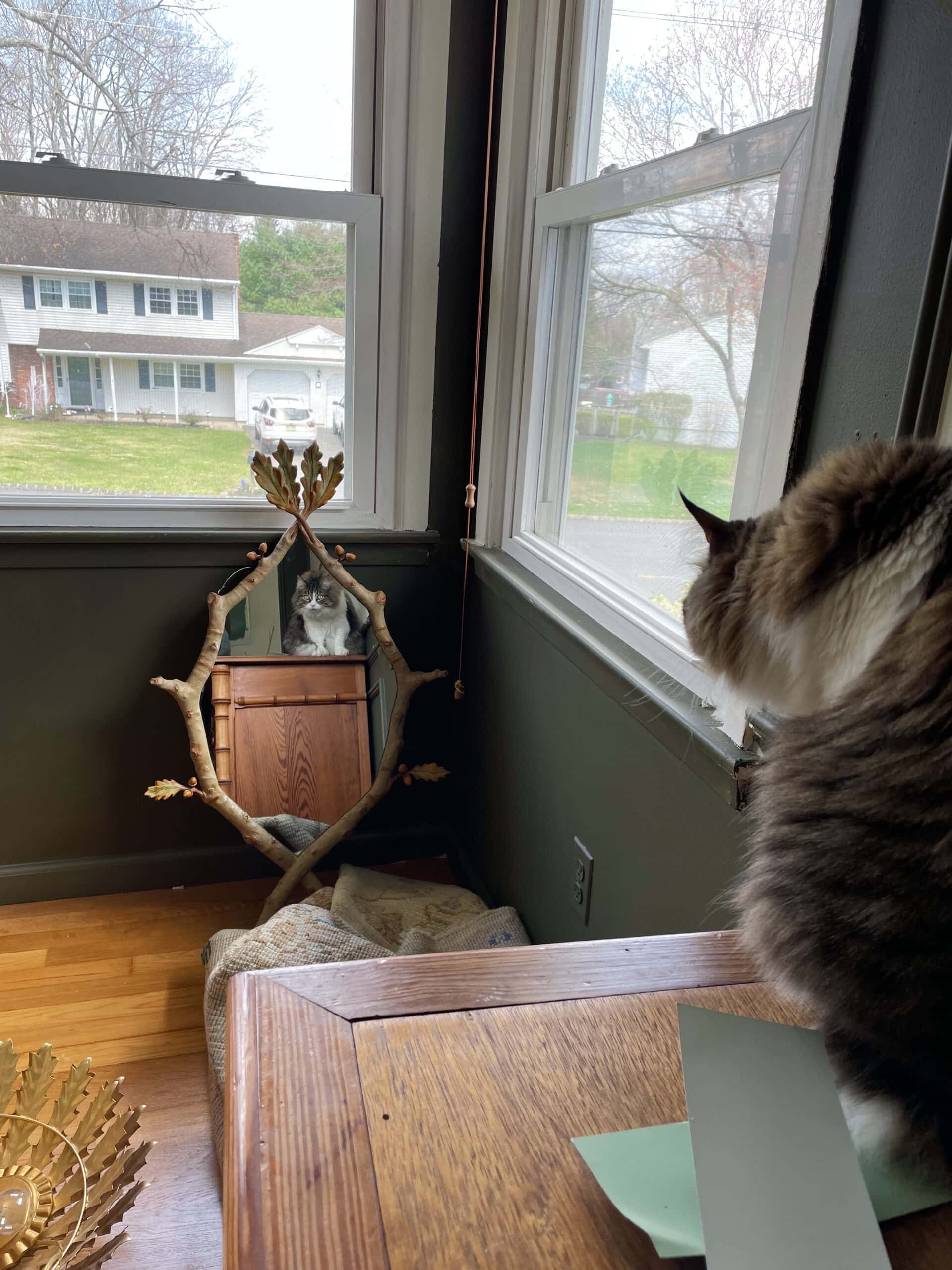 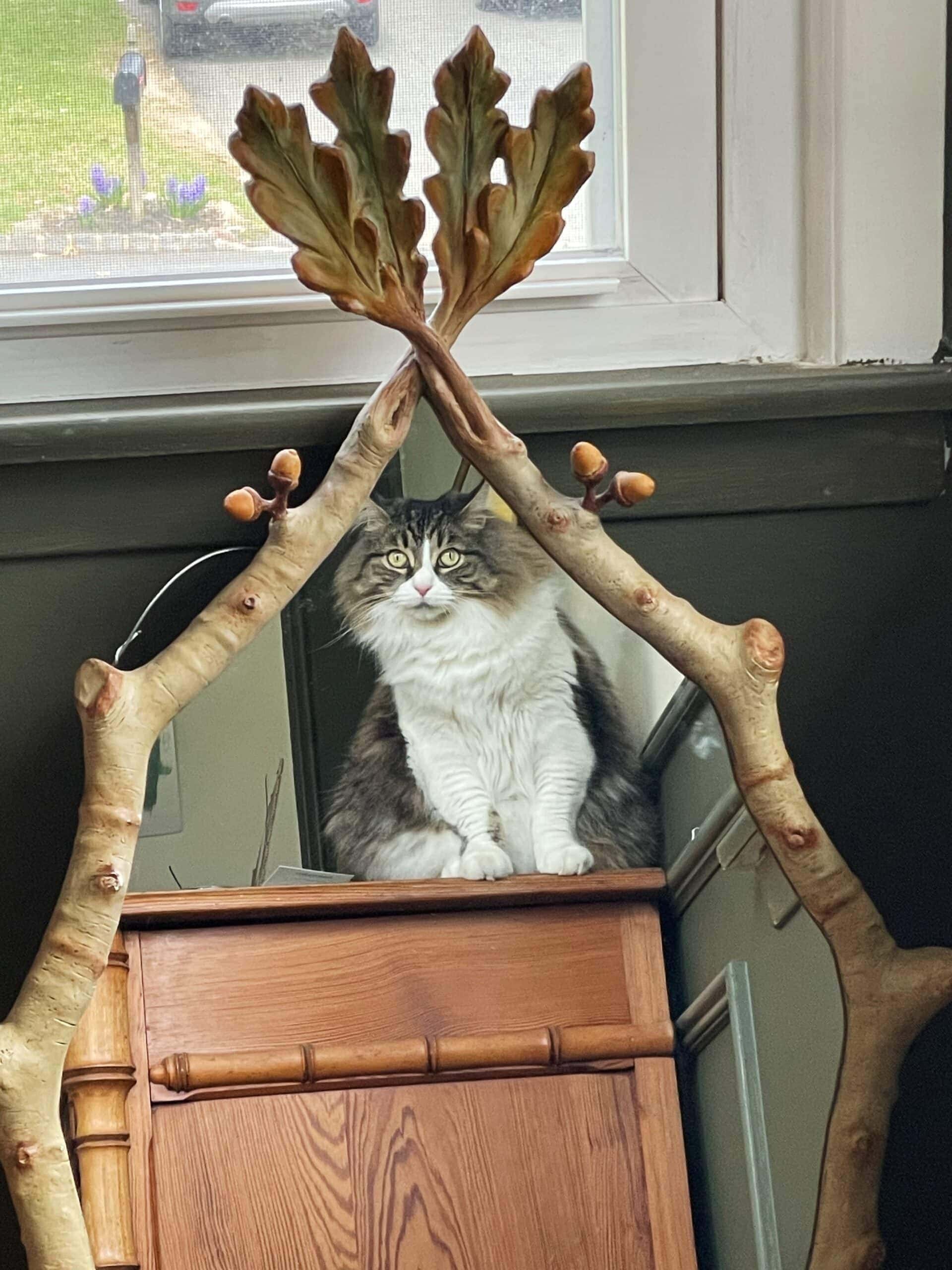 ON A FURIOUS WHIM I chose a ceiling paint color – Farrow and Ball Light Blue. I thought it would be cool to have a light blue ceiling with dark green walls, but it ended up being a bit darker than I thought.

I first painted the new medallion. There are a lot of challenging things I’ve done in my life, but none quite as challenging as trying to paint the nooks and crannies of a medallion once it’s already on the ceiling. So I *had* to paint it before it went up 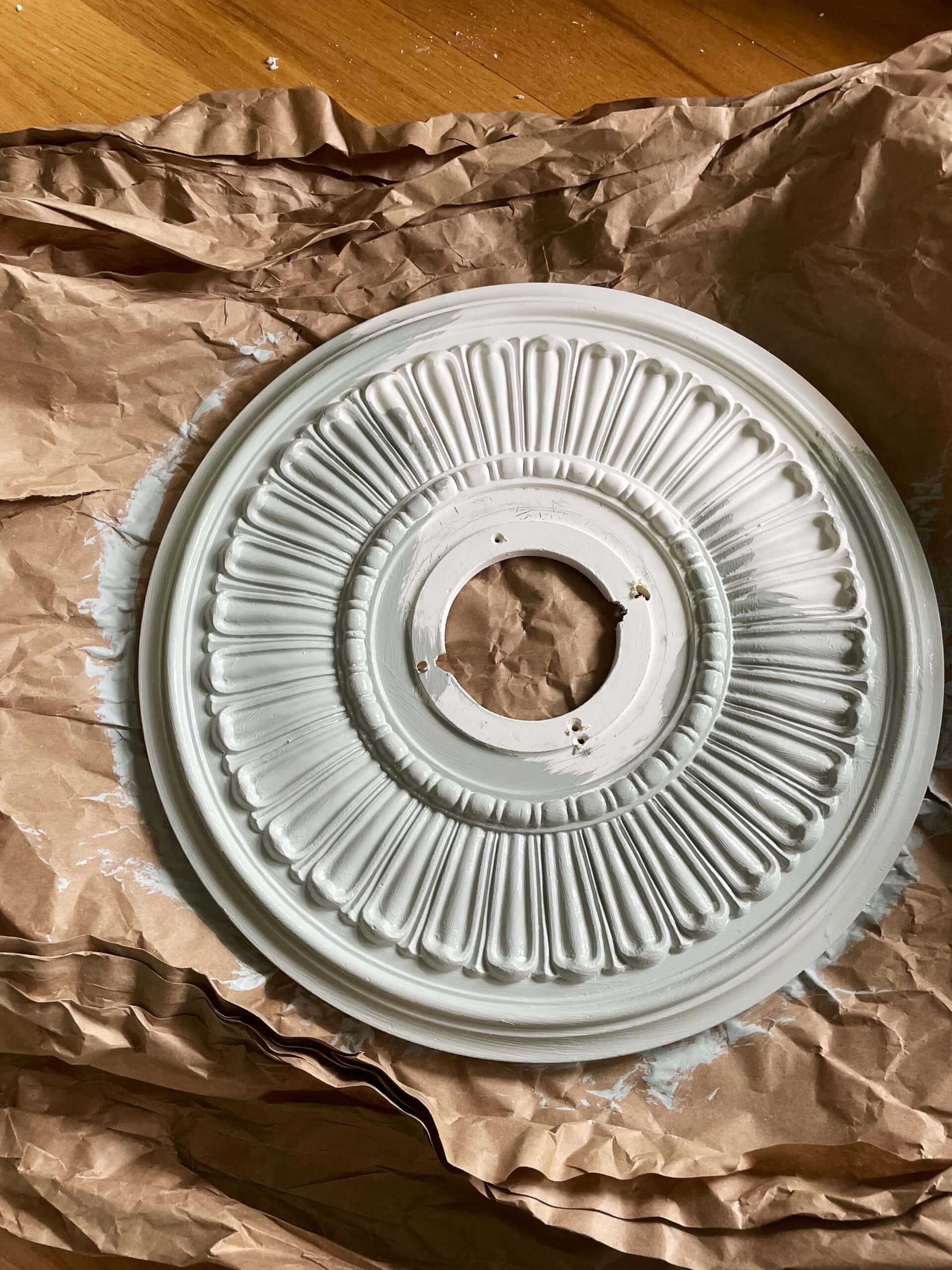 After painting the medallion, ceiling, and installing the new Rejuvenation flush mount: 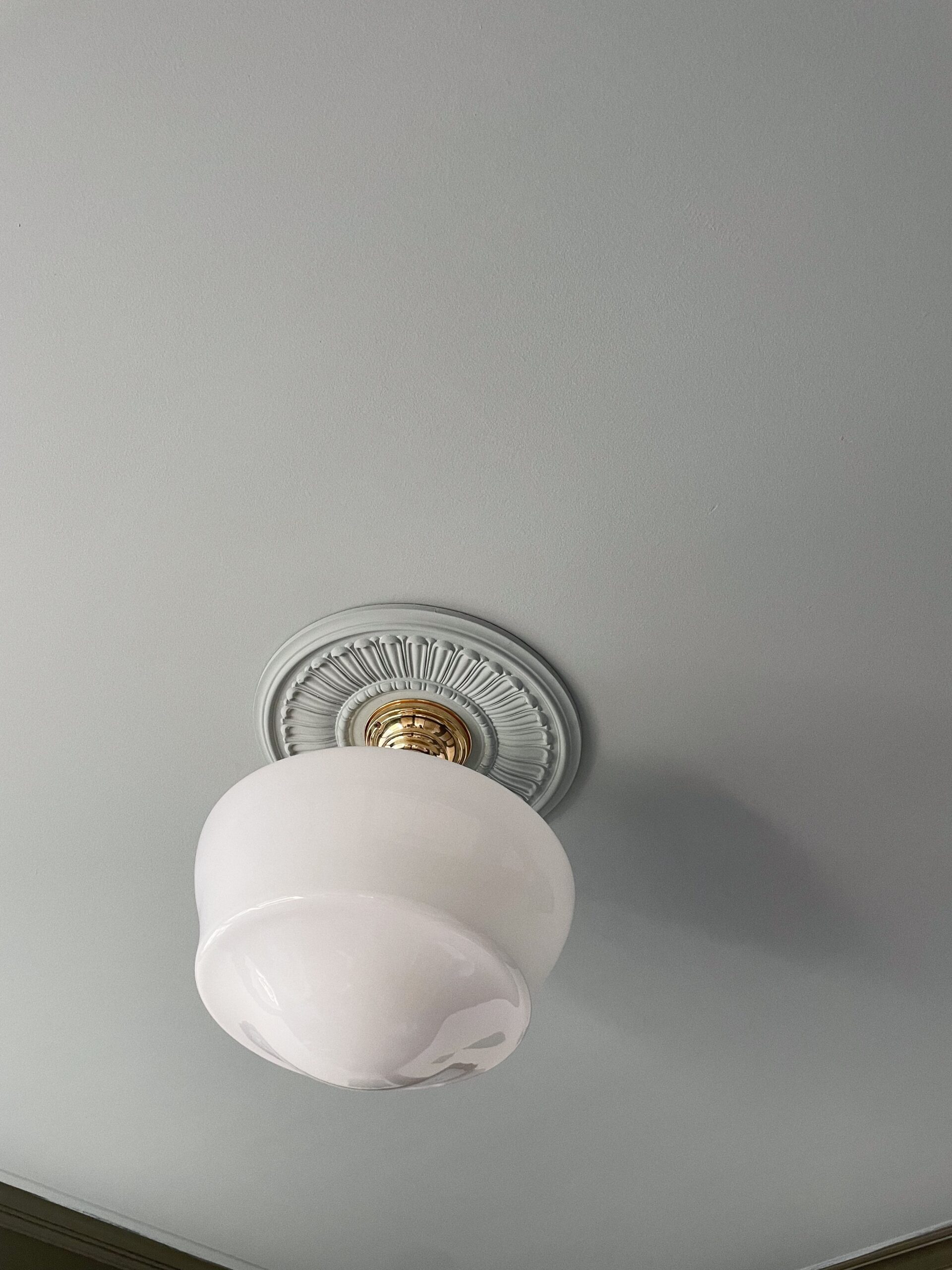 I love the idea of this shade of blue with dark green walls, but we’ll need to paint another coat and I’m thinking I’ll tint it with some BM White Dove to lighten it up a bit. I don’t want there to be too much contrast between the walls and ceiling.

Angelo also removed the crusty old closet system and sanded the drywall so that it was good n’ smooth for installing WALLPAPER! 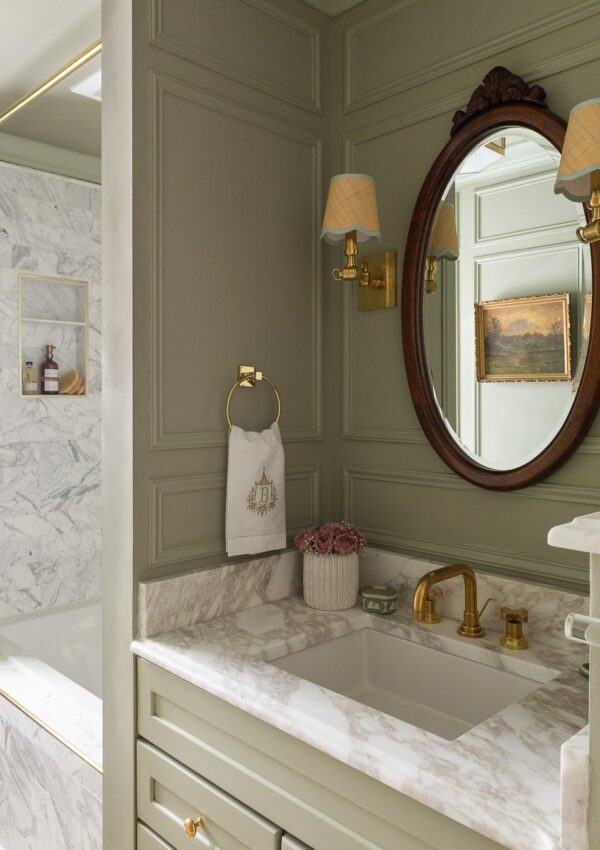 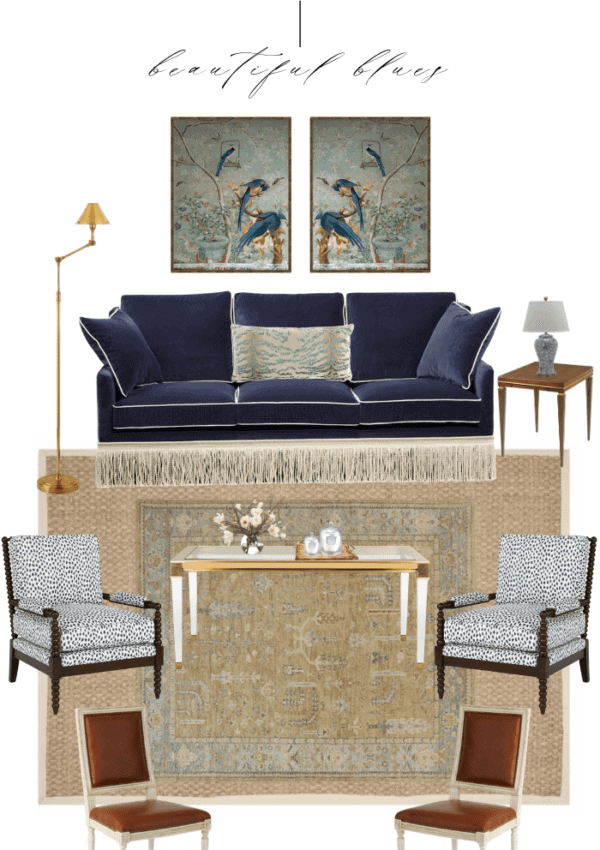 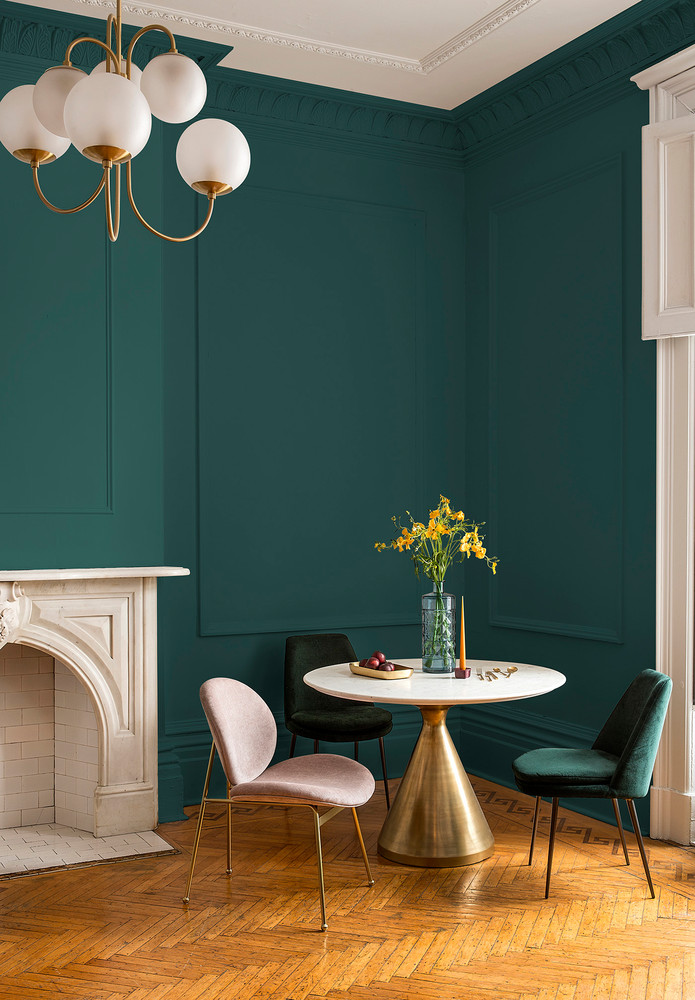