Hey! If you’re new here, my husband and I purchased our first home (a generic, 1960’s bi-level) about a year and a half ago in Northern NJ. Little by little, we’re adding personality to our basic, builder-grade home, and for this fall’s One Room Challenge™, I’m tackling our very first demo/reno with our tiny master bathroom. For the next six weeks, I encourage you to sit back and follow along with a glass of (bo)vino while I slowly (but proudly) become a slave to the bathroom of my dreams.

Here’s the week one post to catch you up.

What was accomplished this week(end):

With only being able to work on the bathroom for a few hours on Saturdays and Sundays, there hasn’t been as much progress as I’d like.

I won’t sugarcoat it – DIY remodeling sucks. A lot. But I keep trying to be positive and reflect on what’s been accomplished so far.

We’ve spent an immense amount of time trying to figure out how to fix the rotted subfloor around the toilet since we realized that the flange is welded to the pipe. We tried to remove it, then stopped, drove to Lowes and confided in a much-too-jolly plumbing professional. 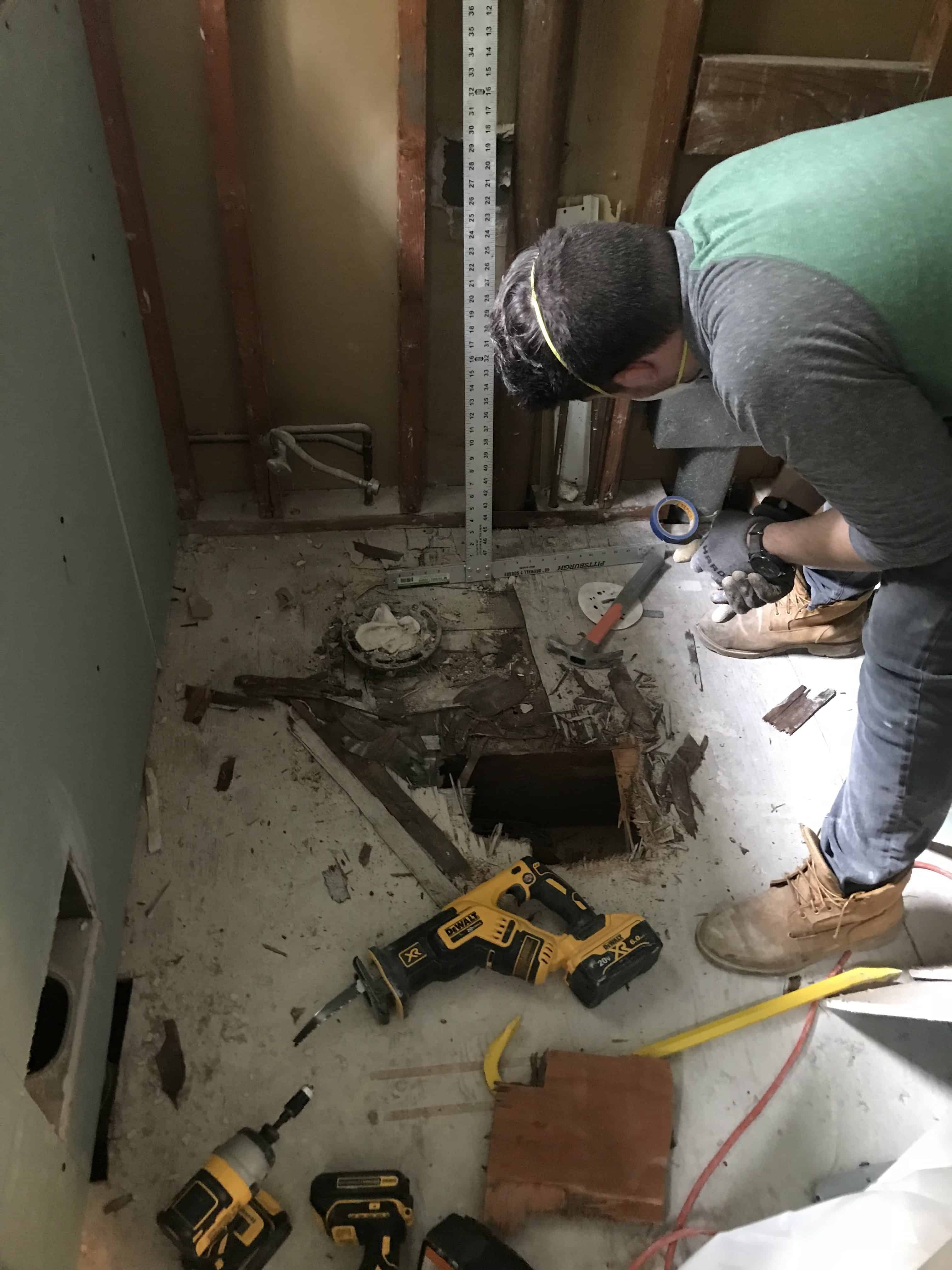 He casually told us that if we mess with that flange and somehow successfully remove it, it’ll compromise the plumbing throughout the entire house.

However, he did have a solution and told us that we could cut the subfloor holes larger and fill the gaping hole around the flange with steel wool and mortar.

I have the strangest feeling he just told us what we wanted to hear after seeing the petrified looks on our faces but, the show must go on. 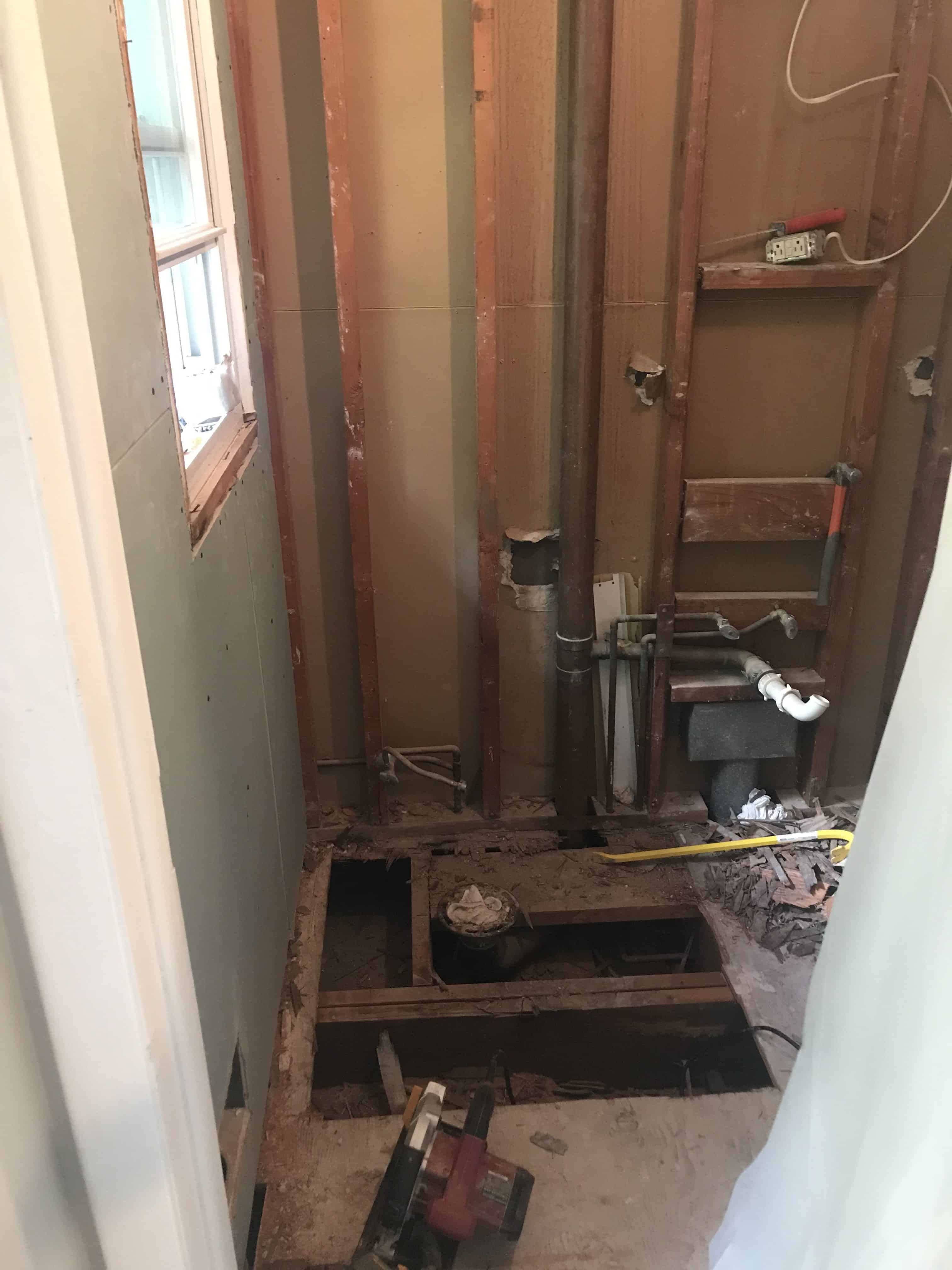 Alas, the new subfloor has been installed. 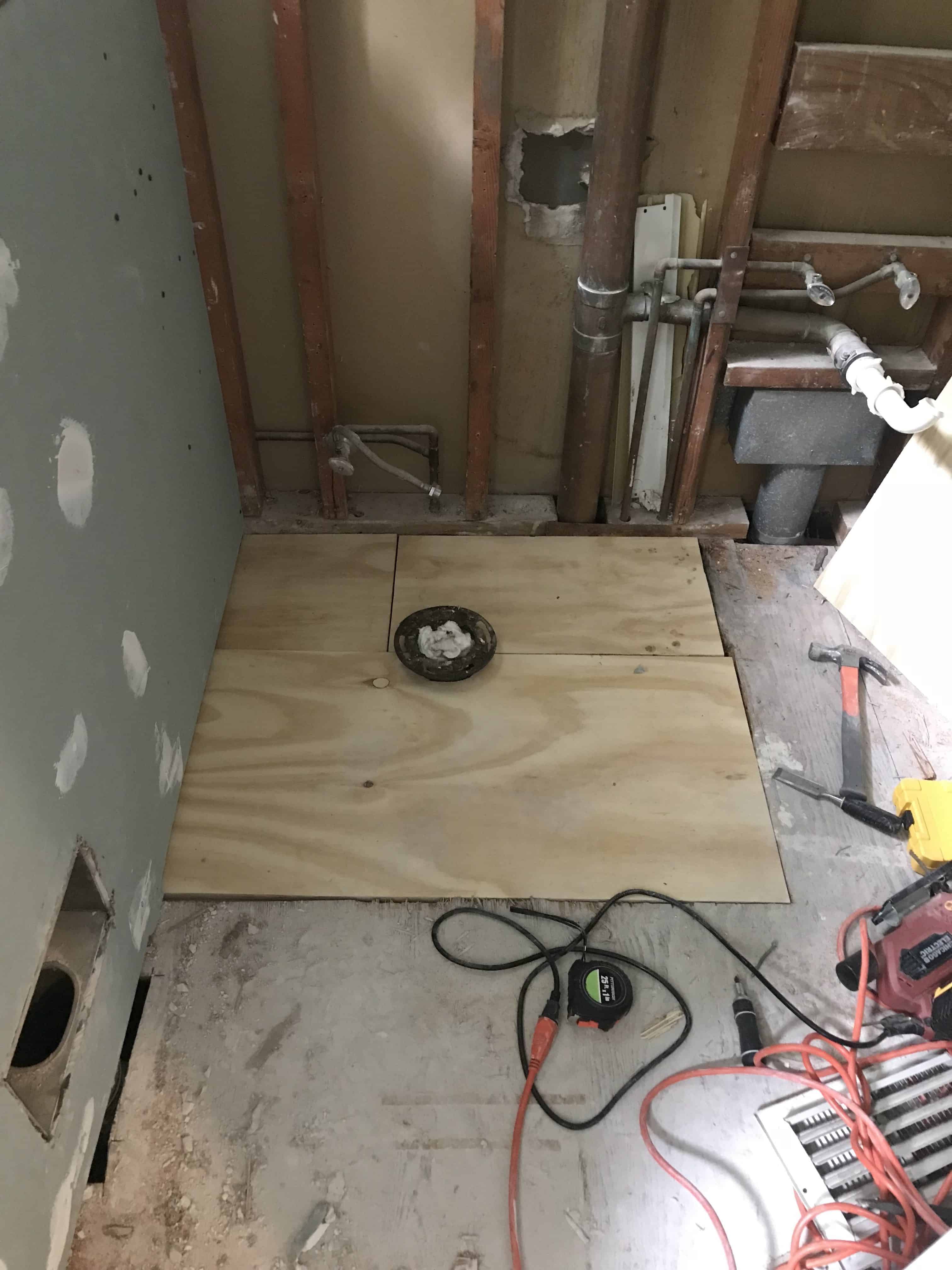 I finished hanging the drywall and taped the seams/applied mud. 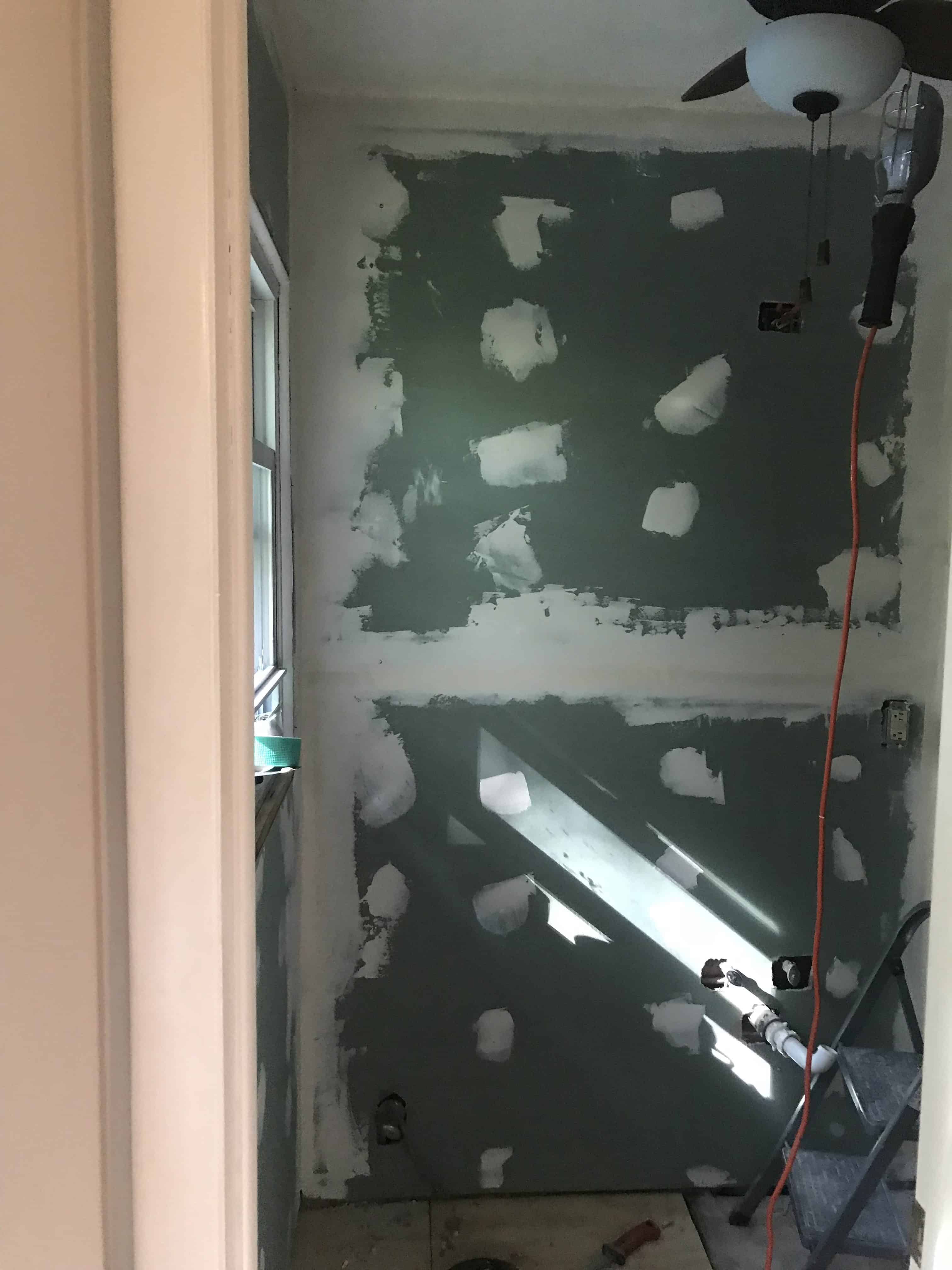 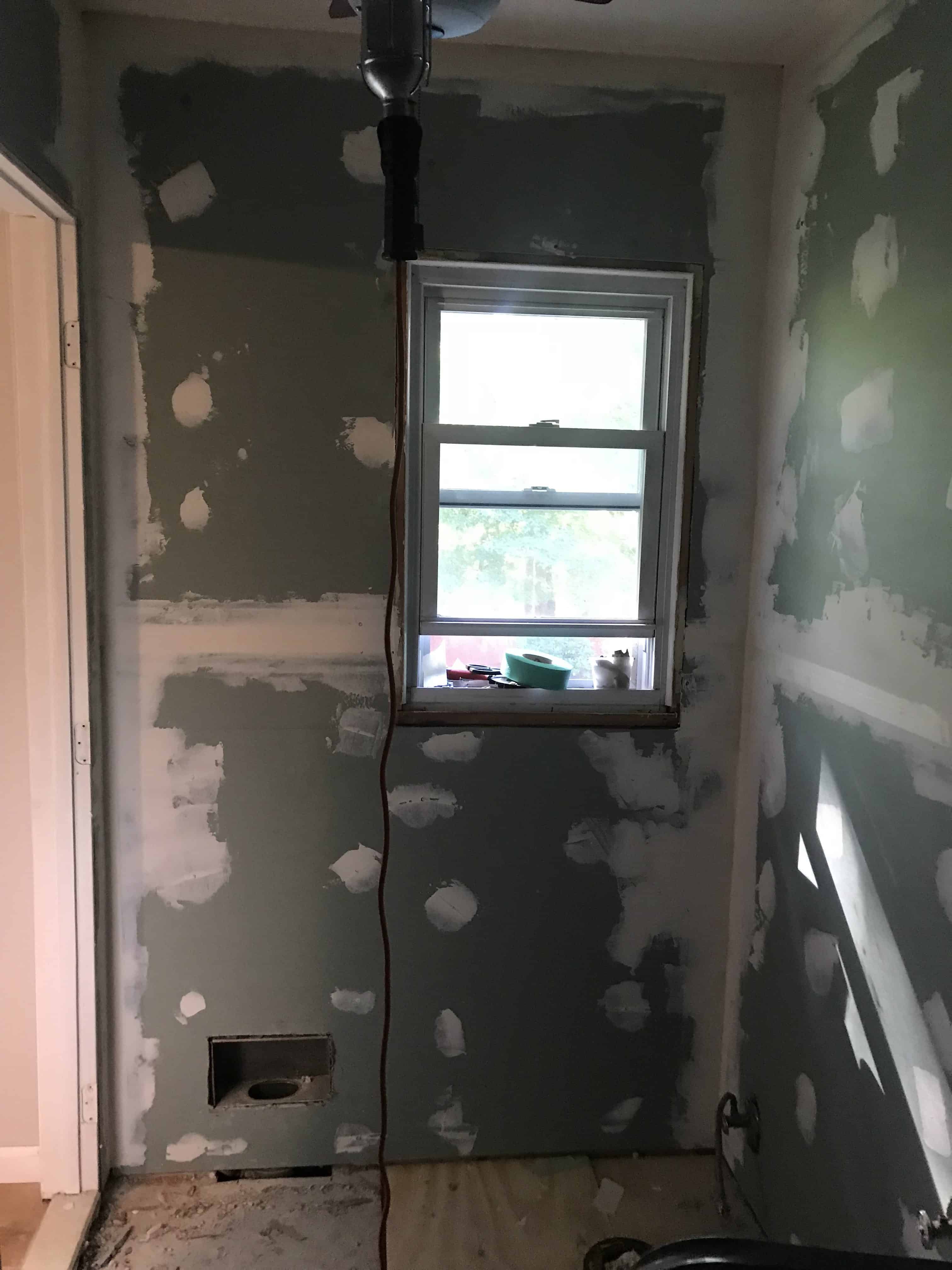 To expend my final surge of energy for the day, I started to prime the walls (after the second coat of drywall mud and sanding it all down). 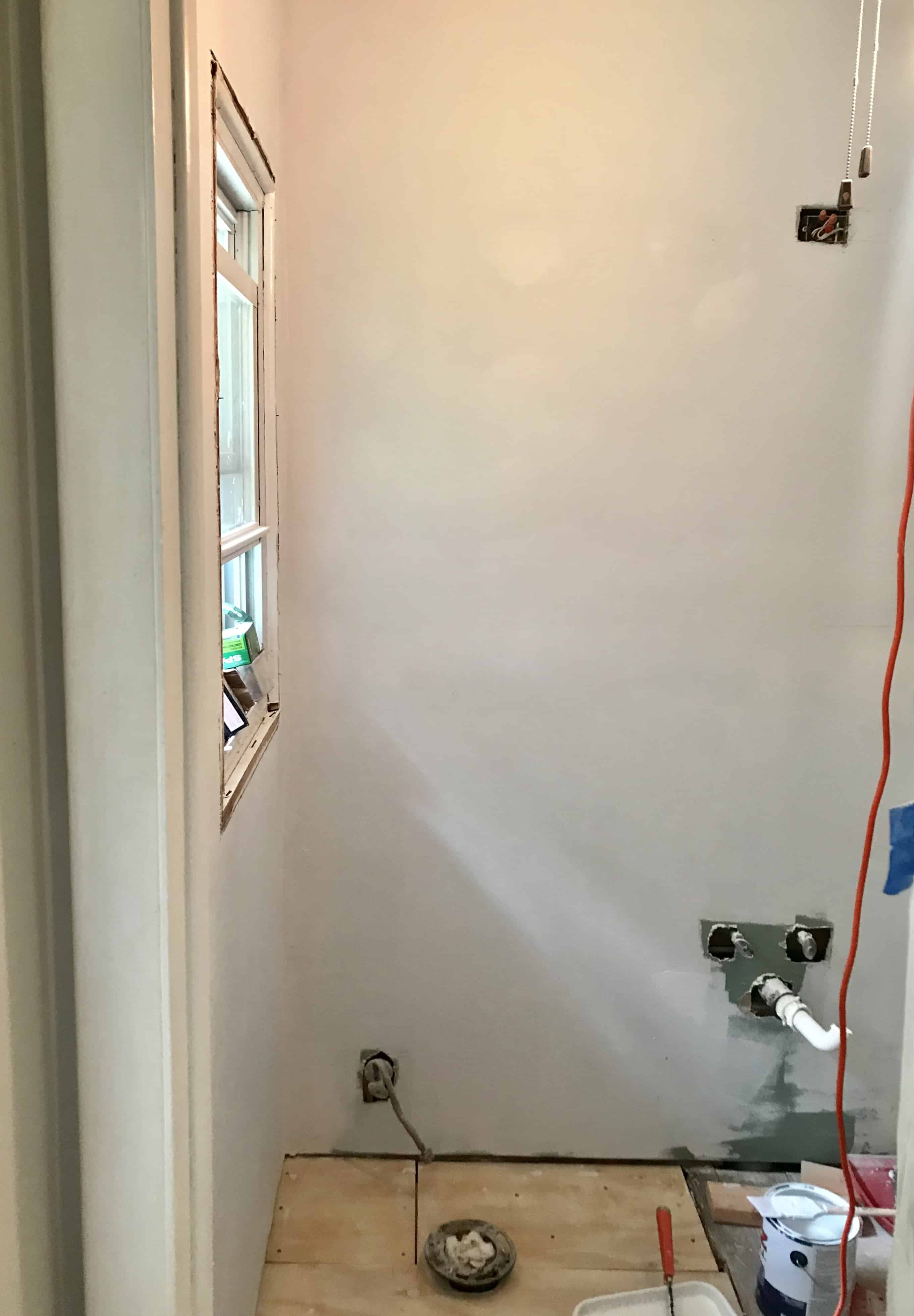 The wall priming may have been done premature, but whatever. I needed something nice to look at. 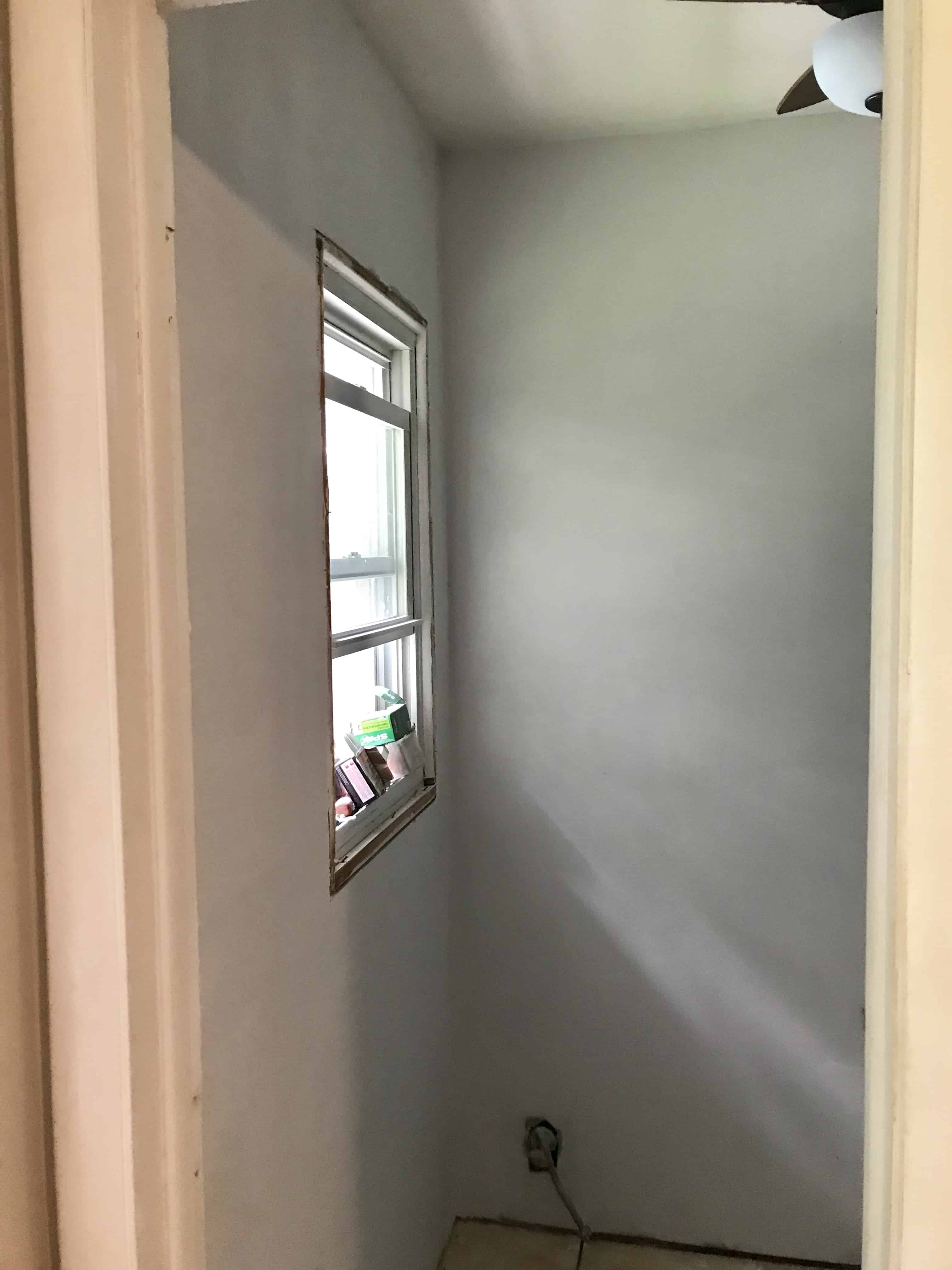 There’s nothing like the feeling of drywall going up and primer being applied. It creates the illusion that I’m almost done.

I initially thought I could get away with not leveling the floors. But I was only fooling myself after getting on my hands and knees and seeing this insane dip in the floor, so I decided to make my 7th trip of the weekend to Lowes and grab some self-leveler. 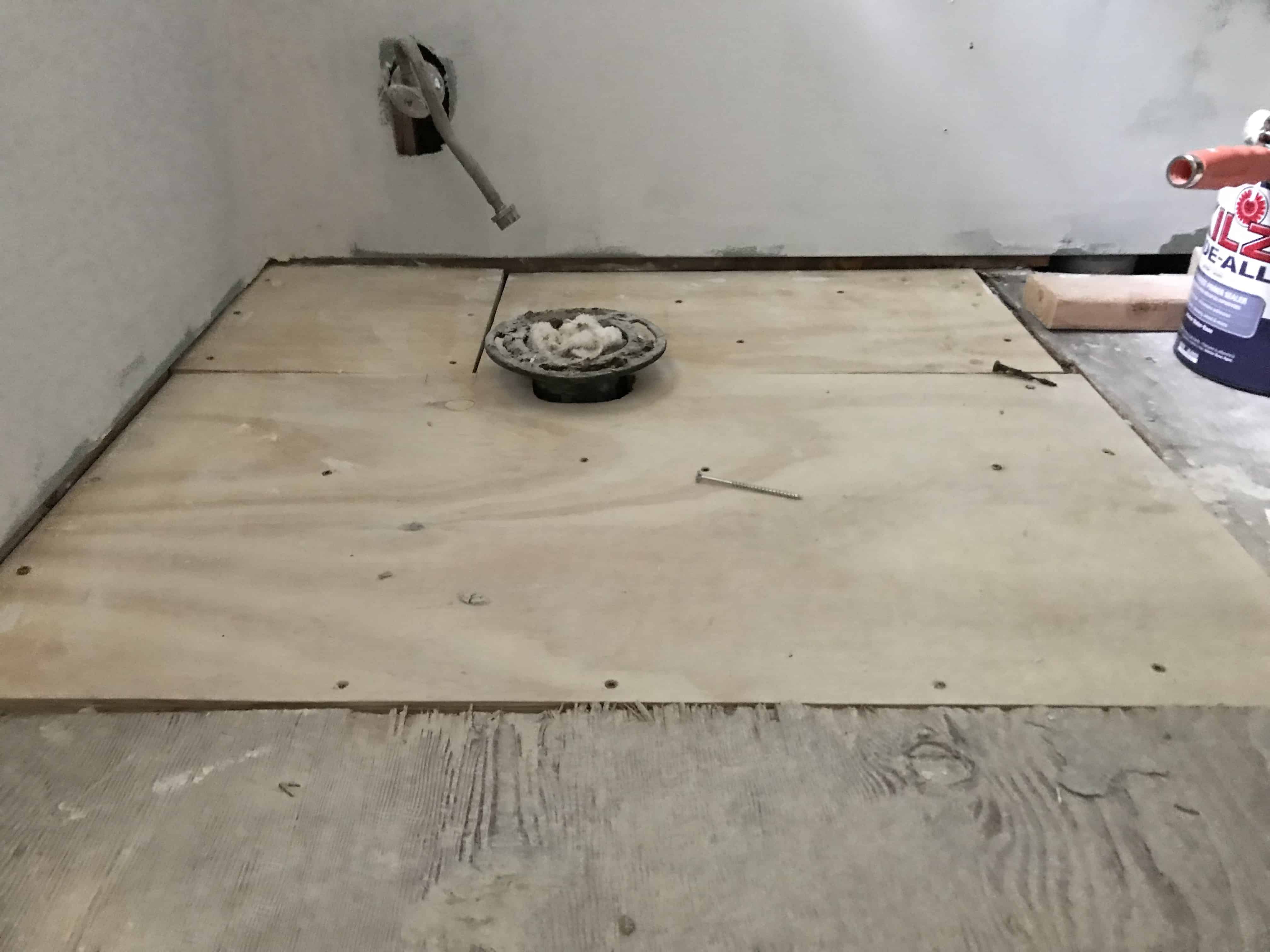 I had to use primer to ensure the self-leveler would stick to the floor. 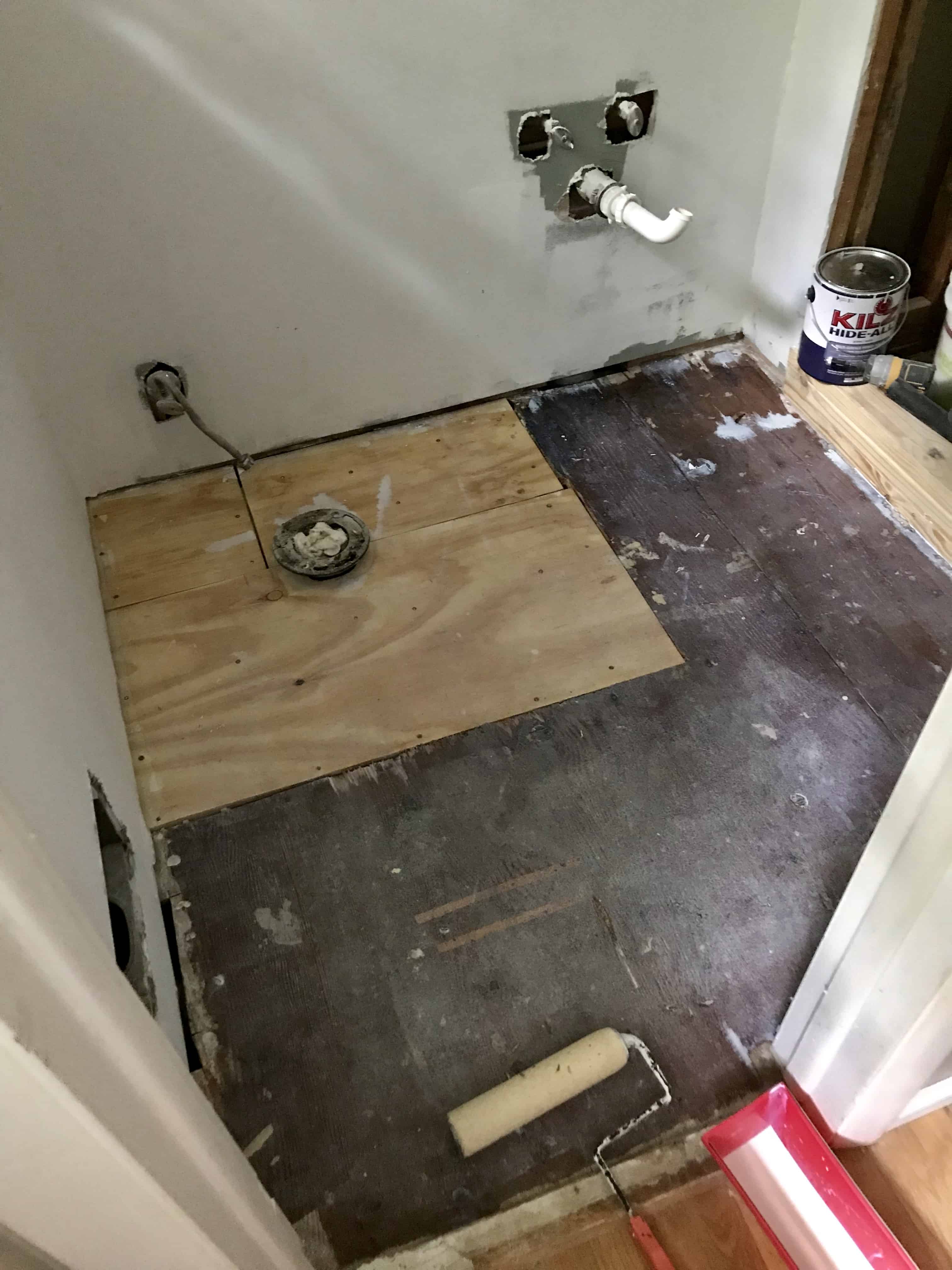 After it dried, it was time to lay the self-leveling liquid 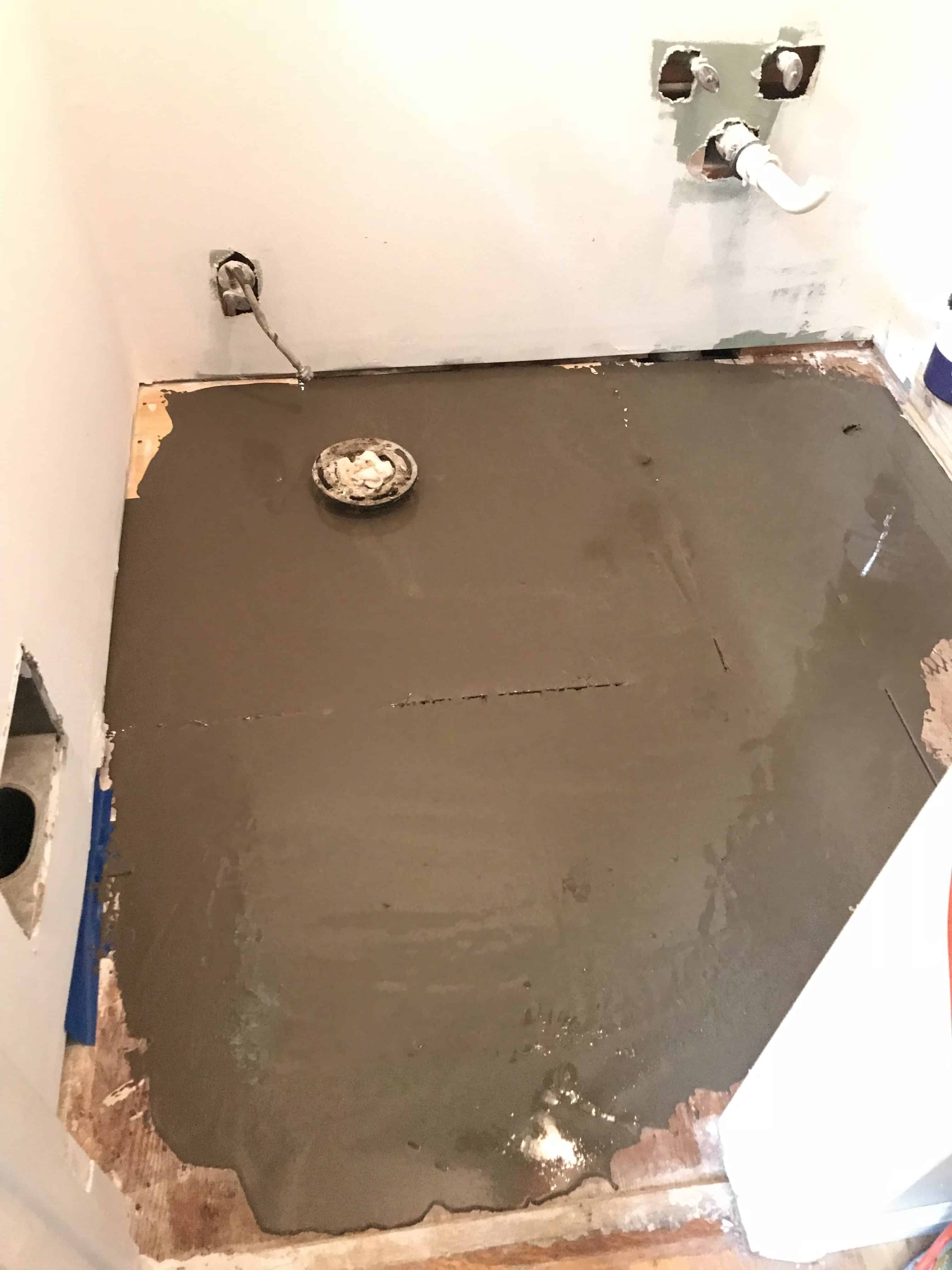 And that’s everything we accomplished our second weekend!

On the agenda for next week:

+ Lay cement board on floors

+ Hang cement board on shower walls

Here’s the latest 3D design for our bathroom… 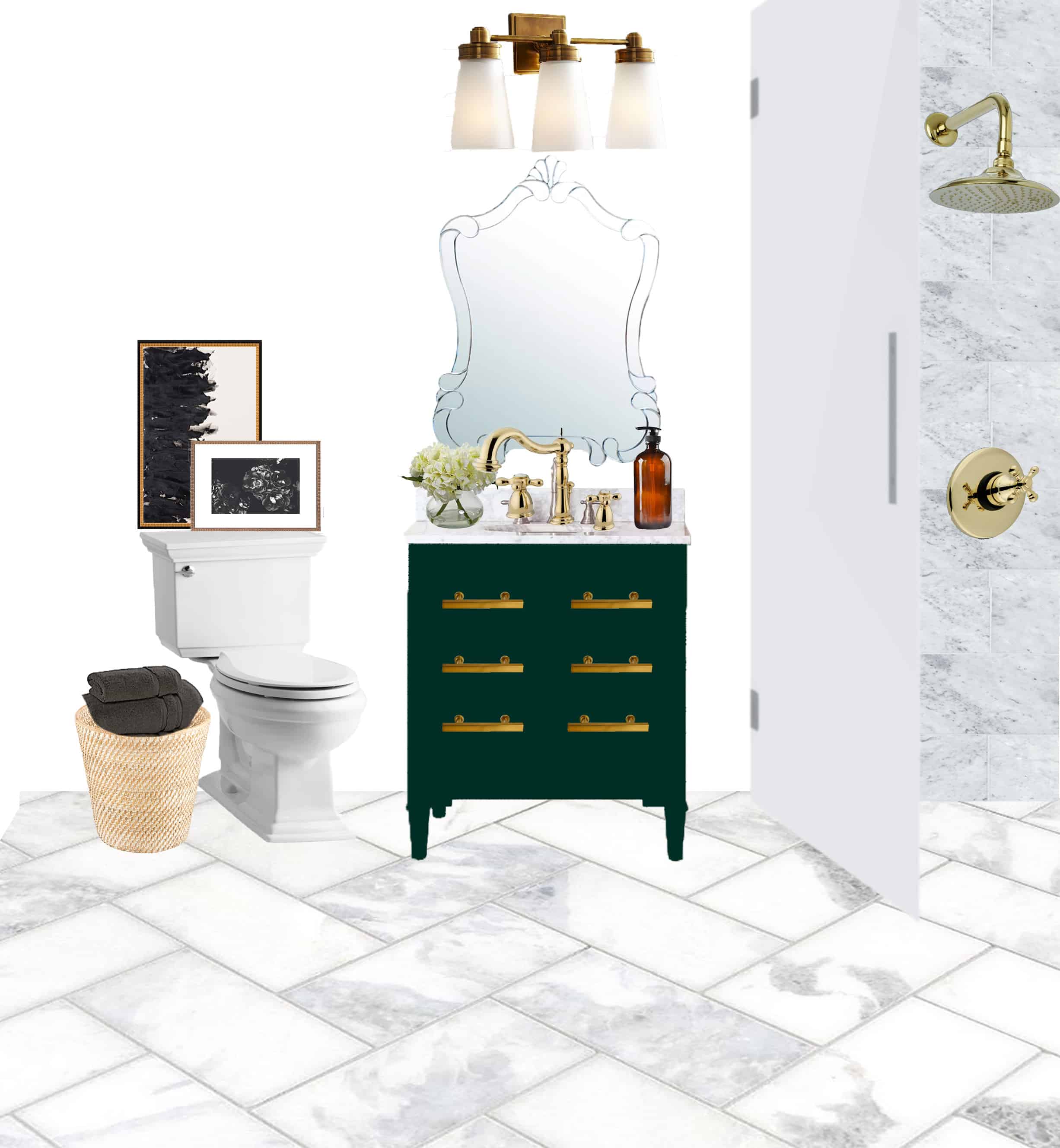 See you next week!

To watch the challenges and emotions of the renovation unfold from Week 1, visit my Instagram and check out the “ORC” story highlight. 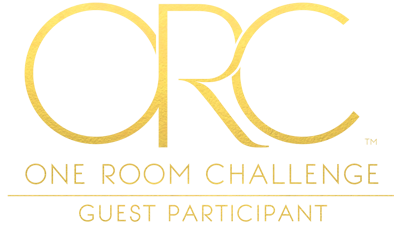 The media sponsor for the One Room Challenge™ is  Better Homes and Gardens.

I will link each week below as the challenge progresses:

At Home with Ashley | Brepurposed | Dabito | The English Room 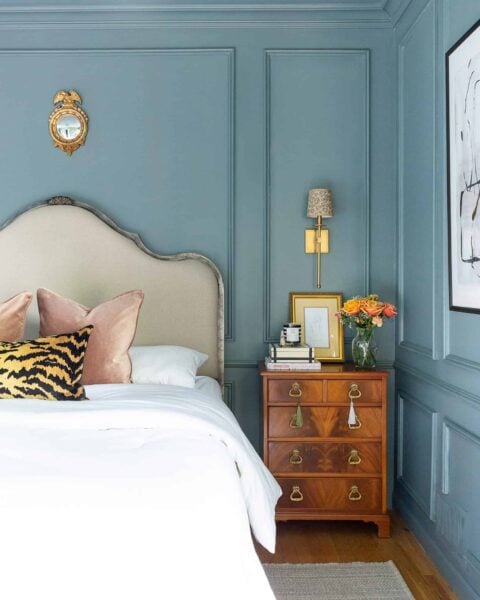 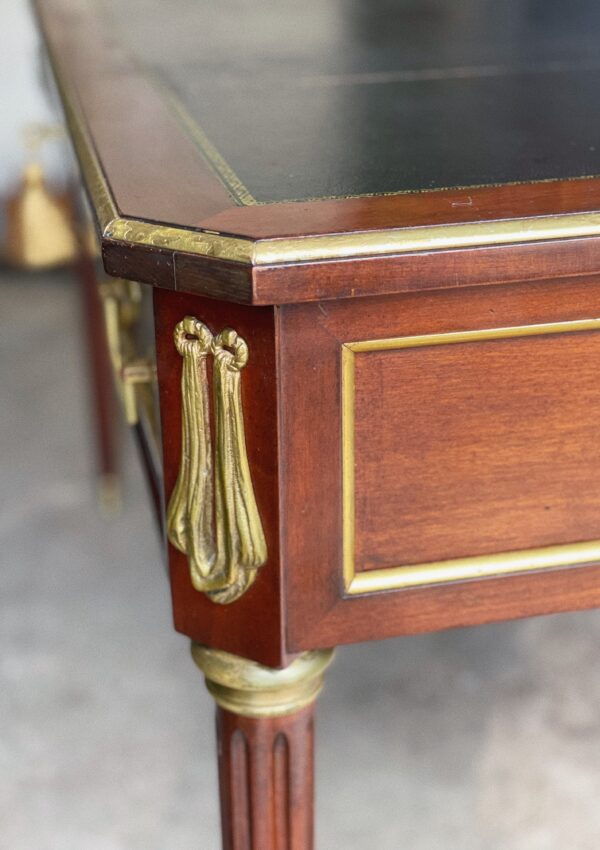 A LESSON ON PATIENCE: MY LATEST FACEBOOK MARKETPLACE FIND 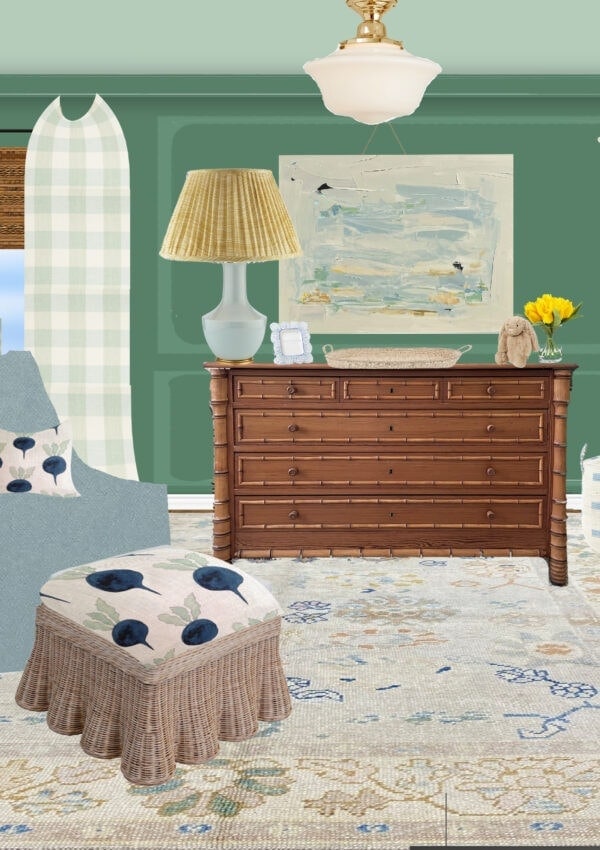 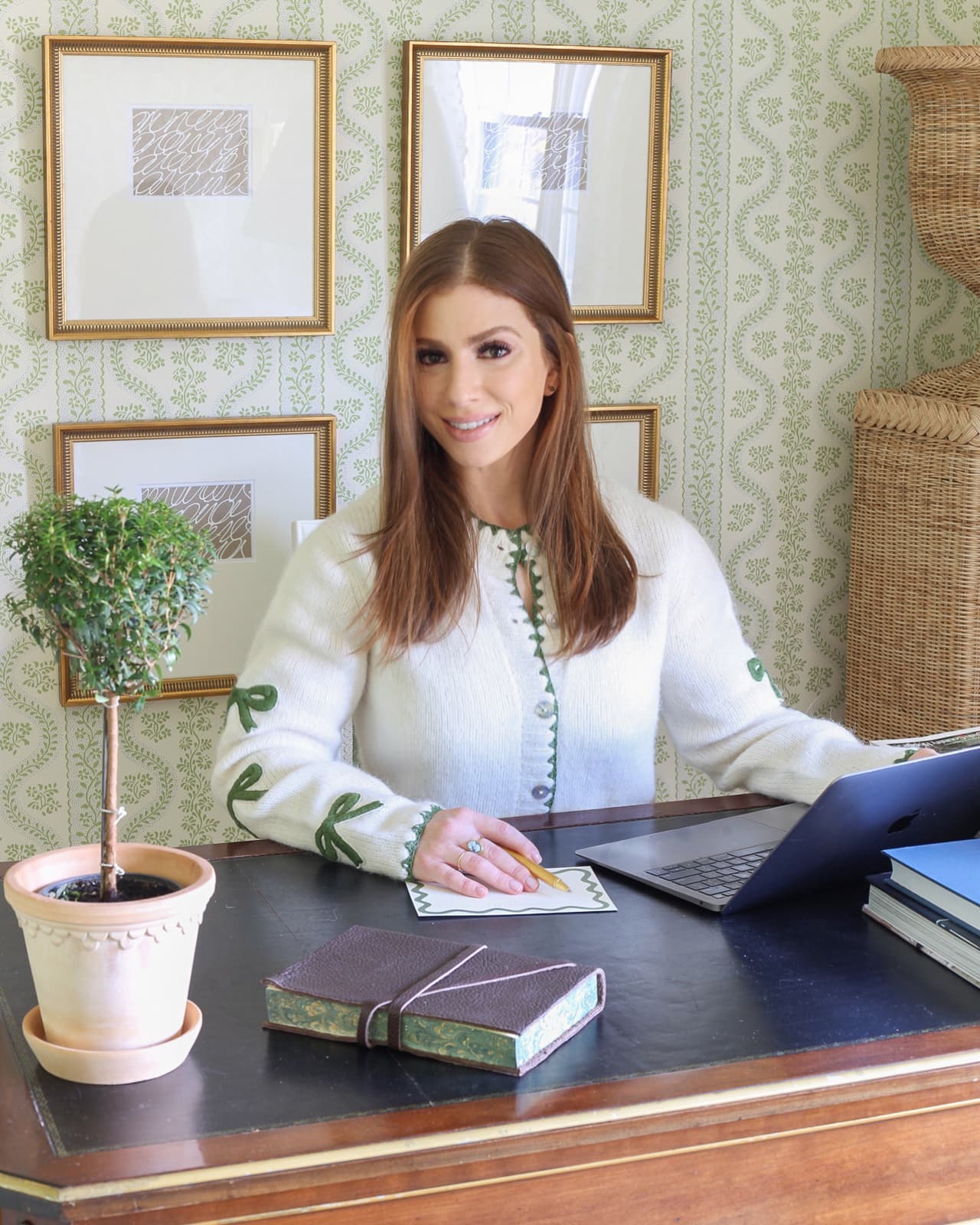